$4 billion withdrawn from Lebanon banks due to unrest 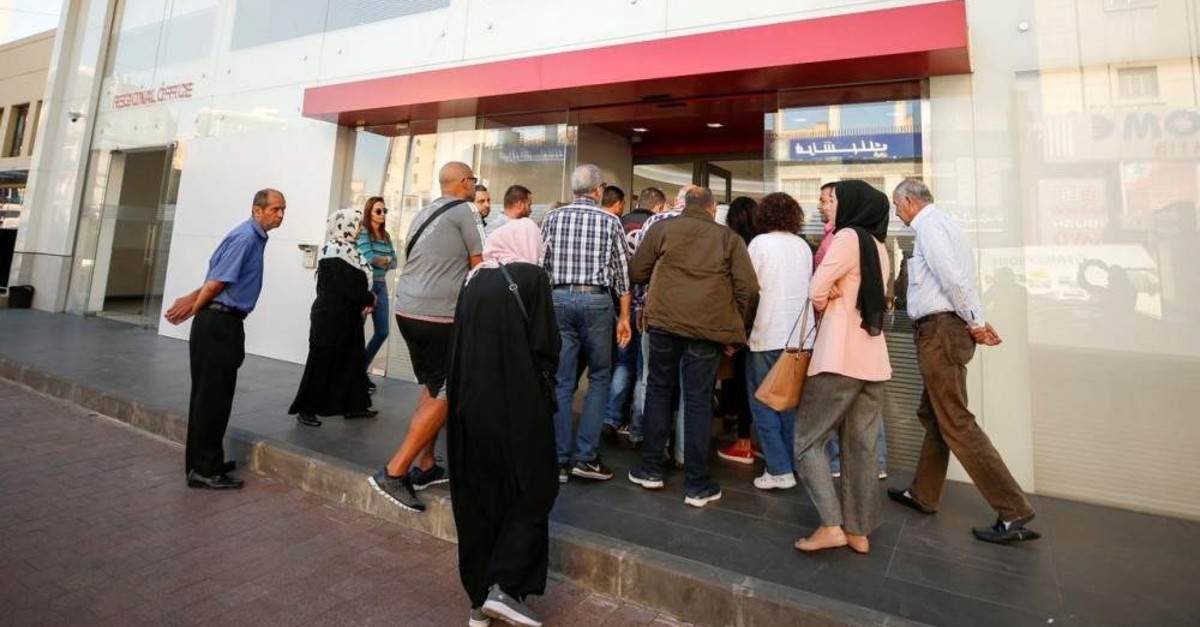 People line up outside a branch of BLC bank in Sidon, Lebanon. (Reuters Photo)
by Daily Sabah Dec 02, 2019 5:18 pm
Nearly $4 billion have been withdrawn from banks since September amid protests against economic woes, the country's caretaker economy minister, Mansour Bteishsaid, said.
"The bank withdrawals were prompted by fears of the confusing economic situation in the country," Bteishsaid told Al-Jadeed TV on Sunday.
He said the central bank governor and commercial banks have been asked to reduce interest rates as part of measures to solve the economic crisis in the country.
"We have made the decision to increase the capital of banks by about $2 billion before the end of 2019," he said.
The dollar crisis has shaken the confidence in the country’s banking system that has been a cornerstone of post-war stability. The banks played an important role in sucking dollars from the huge Lebanese diaspora and feeding them into financing Lebanon’s current account deficit.
Lebanon’s central bank has used high interest rates to attract dollars from commercial banks and keep government finances afloat. The country has one of the world’s highest public debt burdens.
With a 152% debt to gross domestic product (GDP) ratio, Lebanon is the third-most indebted country in the world after Japan and Greece. Interest payments account for almost half of government revenues, crippling public finances.
Since October, Lebanon has been rocked by mass protests against plans to increase taxes, which have quickly turned into wider grievances.
The unrest has forced Prime Minister Saad Hariri to resign, with no progress toward reaching a deal on a new government.
Lebanon suffers from high unemployment, little growth and one of the highest debt ratios in the world, with the debt burden reaching $86.2 billion in the first quarter of 2019, according to the Ministry of Finance.
Last Update: Dec 20, 2019 2:05 am
RELATED TOPICS