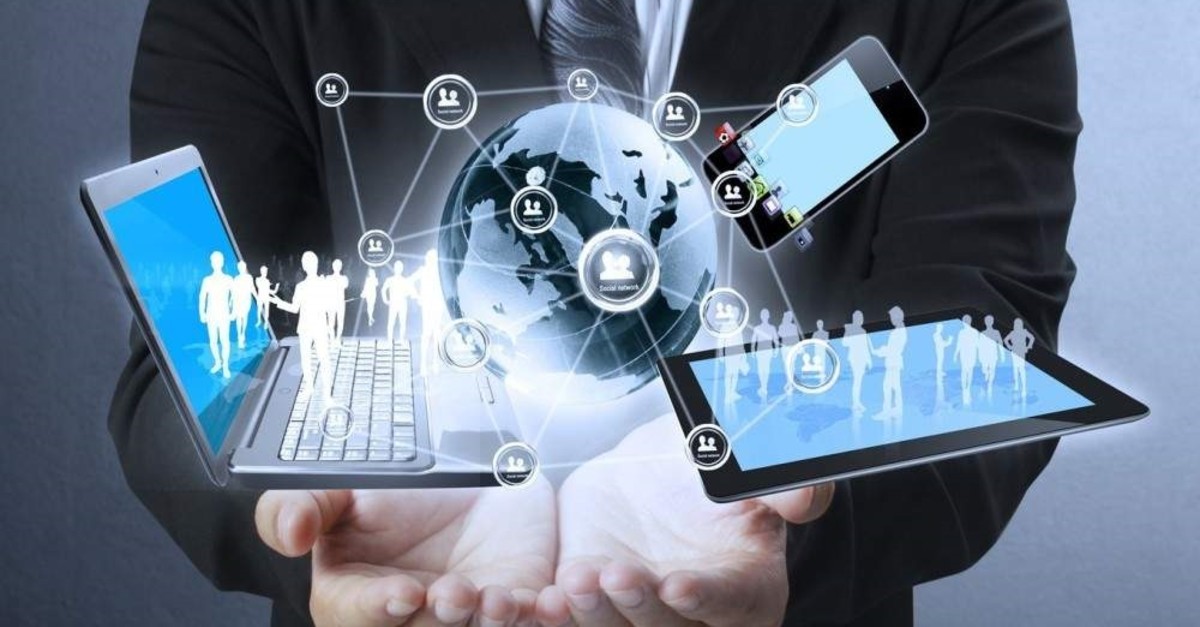 In 2019, only four startups received investments over $5 million in the Turkish entrepreneurial ecosystem. (iStock Photo)
by Timur Sırt Jan 03, 2020 6:13 pm

In 2019, three financial technology startups, Foriba and iyzico and Paraşüt, made exits while only four startups managed to receive investments over $5 million. But for this year, venture capital funds have some good news for new funds

According to research platform Startups.Watch, only four startups received investments over $5 million in the Turkish entrepreneurial ecosystem in 2019 when financial technology startups like Foriba, Paraşüt and iyzico managed to make successful exits.

Venture capital funds that made a successful exit in 2019 are looking toward 2020 with hope. While the entrepreneurial ecosystem is entering a new year, venture capital companies, such as 212, Collective Spark and Revo Capital, are increasing the budget of their new funds.

In the technoparks, different startups' chances of finding capital are also increasing. In addition to the Scientific and Technological Research Council of Turkey (TÜBİTAK) and Small and Medium Industry Development Organization (KOSGEB), venture capital funds also pave the way for new investments.

Istanbul Technical University (İTÜ) Arı Teknokent General Manager Deniz Tunçalp gave the good news of the new funds, explaining the promising developments for 2020. “Venture capital funds established with TÜBITAK 1514 call will set out. We are partners of four of these funds as İTÜ ARI Teknokent. We also have funds that we have previously partnered with and still continue to operate,” Tunçalp said.

“Besides, the Technology Innovation and Regional Development Funds established by the Ministry of Industry and Technology and the Development Investment Bank will be launched. Our efforts to attract more investments for startups, especially from these funds and existing Venture Capital Investment Funds, will continue. By providing office space to tech and investment companies within the İTÜ ARI Teknokent, we will make it a technology development region. Here companies will find the investment opportunities they need and will be able to easily introduce themselves in the rich, competitive environment,” she explained.

GAMING STARTUPS ON THE RISE

The gaming platform was one of the fastest-growing areas. Turkey maintains its first place among the countries that have spent the most time on mobile gaming. The gaming startups here also stand out with investments other than successful exit and asset sales. While Peak Games comes to the fore as a leading example, the most obvious indication of this change was that even Dream Games, which was founded by professionals who left the company, received $7.5 million in investment before launching its first game. Moreover, the use of new and different technologies such as virtual reality (VR) and augmented reality (AR) is an indication that the number of new startups will increase soon.

Getir's model has a significant effect on the rapid growth of e-commerce in Turkey. The leap abroad in this field shows that the startup is aiming to reach a billion-dollar economy. Yemeksepeti’s banabi startup has strengthened the acquaintance of introducing strong competition in Turkey without starting to operate abroad. Almost 20 years later, Yemeksepeti has begun to find strong competitors for the first time.

Startups.Watch founder Serkan Ünsal said the third quarter of 2019 was very active with the resumption of mutual funds. “While we were expecting to see a very bad year in terms of investment, we have closed 2019 in a place between bad and good. We will announce the full details on Feb. 5, but according to preliminary data, we can say that we are very close to last year's investments.

"Last year, the angel and venture capital investment were close to $60 million. We need investments over $200 million each year,” Ünsal continued. “2019 was a year when we saw the exits of successful startups between 2010 and 2015. While Foriba, iyzico, Paraşüt exits provide morale for the ecosystem, we can say the conditions for the formation of the ecosystem have begun to emerge, taking into account that the employees here will be the founders of other startups in the future. In 2020, we expect that with the acceleration of the funds to be established with the support of the Treasury, we can even push $100 million.”

FINTECHS ARE NO LONGER ALONE

Stressing that FinTech has lost its leadership position, Core Founder İhsan Elgin pointed out that investments have spread to gaming, the marketplace, retail and marketing technologies. “Investment prevalence decreased. Five investments account for 42% of the total investment. In the last two years, corporate firms have participated in 15% of the investments and 20% of the total investment amount. The fact that the funds, which closed their first period in 2018, could not be activated and we could not move to economic calm discouraged other investors. We can say that this is an expected result since it is a year in which everyone tidied up and made precautionary/saving plans. I am seriously hopeful for 2020. In fact, I believe that the mobility will raise us by one level,” Elgin said, underlining that one of the main reasons for this is the fact that 63.6% of this year's investment was realized with $31.8 million in the last three months, which shows that business has started to improve.

“Renewed Earlybird, 212, Collectivespark funds have emerged. The fund operations will continue with five units of 1514 funds, new tours of old funds like Revo. It is also known that the economic activity will revive and Development Agencies will establish regional development funds. The recent interest of corporations has changed from one-time investments in the balance sheet to Corporate Venture Capital (CVC) Funds, which are part of the strategy,” he continued, recalling that 11 CVCs were established in the last two years. “They are now ready for 2020 after their first attempt. In my opinion, the Turkish entrepreneurial ecosystem has now completed its infancy. We now need more startups in terms of quality and quantity.”

Collective Spark Venture Capital Fund co-founder Atıl Erken said 2019 was a very intense and exciting year and elaborated on his expectations for 2020. “In our second fund, we left behind one and a half years. While expanding our team, we increased the number of investments in our portfolio to seven. A total of $10.6 million was invested in these seven startups, of which we were the leading investors in a year and a half. The fact that most of these startups also generate income outside Turkey is an indication that Turkey has taken firm steps in technology exports,” Erken said.

Pointing out that 2019 was also important in reaching the final stage in the TÜBİTAK Tech-InvesTR program, Erken said they are proud to have been chosen as one of the five funds that Turkey's Treasury wants to be an investor.

“Another thing that we are pleased with is that we have decisively broken the habit of not investing with other investors in our ecosystem. In all of our investments, we have increased the multiplier effect for entrepreneurs, as in advanced ecosystems, by inviting other investors to the table who we believe will provide added value,” he continued. “Mutlubiev [Cleanzy] Turkey, one of our portfolio companies, is the market leader in the cleaning services market in Turkey, has also expanded to the U.K. after becoming a market leader in Italy and Spain. Our fin-tech investment Tarfin, which reduced farmers' fertilizer, seed and feed costs and increased their earnings, was the first to issue VDMK (Asset-Backed Securities) and generated TL 22 million in four issues. Userguiding and Prisync, which generate revenue with the B2B model, continued to be our source of pride in technology exports with their incomes from abroad. This year, we plan to invest between $6 and $10 million in four to six new startups in addition to our current portfolio companies.”

Türk Telekom CEO Ümit Önal said technology startups and innovative business areas would serve as a key to unlocking the road to 2023 targets. “I believe that entrepreneurship and entrepreneurs will play an important role in the future of our country. In the changing world and the economic order, we can see the concrete outputs of this,” Önal noted. “The traditional investor approach that focuses on the short term and tries to increase its investment in the short term is being replaced by a new generation of entrepreneurship based on innovation and differentiation. It has already happened.”

Önal said the new generation of entrepreneurs is thinking in the longer term and turning toward larger and global targets that will ensure long-term success. “There is no doubt that a huge task falls on the investors who will provide the information and capital support they need for the startups. Innovative entrepreneurs with brilliant ideas, with the contributions of large companies, corporate venture capital companies and angel investors, can achieve the expected momentum and global success,” he further stressed.

“Türk Telekom can show Argela, Innova and Sebit, which we supported by believing in the beginning while each of them was an independent startup and which we incorporated in 2007, as the best examples of the outputs of our support to the startups. Today, these three subsidiaries concentrate on the sectors that shape Turkey's future in convergence and information technologies, focusing on producing the technologies of the future and adding more value to Türk Telekom and Turkey every day.”

Önal highlighted that Türk Telekom aims to create and expand an entrepreneurial culture in Turkey for a stronger and economically independent country, adding that they improved the entrepreneurial ecosystem through their collaborations with startups and continued to create economic benefits for both Turkey and the sector by supporting startups with innovative business ideas in the field of technology. “In this context, we have provided close to $1 million in cash support to early-stage ventures within the scope of PİLOT, the first startup acceleration program launched in 2013 within the private sector and successfully graduated 65 startups,” Önal said. “Seventeen of these graduates had the opportunity to grow their innovative business ideas through investment. The startups we supported employed 280 people last year and generated a turnover of TL 24 million.”

Turkey's domestic automobile dream is contributing to the entrepreneurial ecosystem. Expected to launch the automobile in 2022, Turkey's Automobile Initiative Group (TOGG) will gradually increase the domesticity rate until 2030. It is also envisioned to open the door to technology startups in various areas, from artificial intelligence (AI) to blockchain, from the internet of things (IoT) to the sharing economy in the entrepreneurial ecosystem. TOGG's goals are set out transparently, with each step being put forward with a long-term plan.

While the automobile world is fueled by rivalry and competition, it collaborates on cybersecurity, charging, battery technology, blockchain and road condition information in new-generation vehicles. The domestic automobile brand TOGG collaborates with the entrepreneurial ecosystem with its industry-aligned strategy. To reach its goals, TOGG plans to be in close contact with technology startups in the automotive industry.