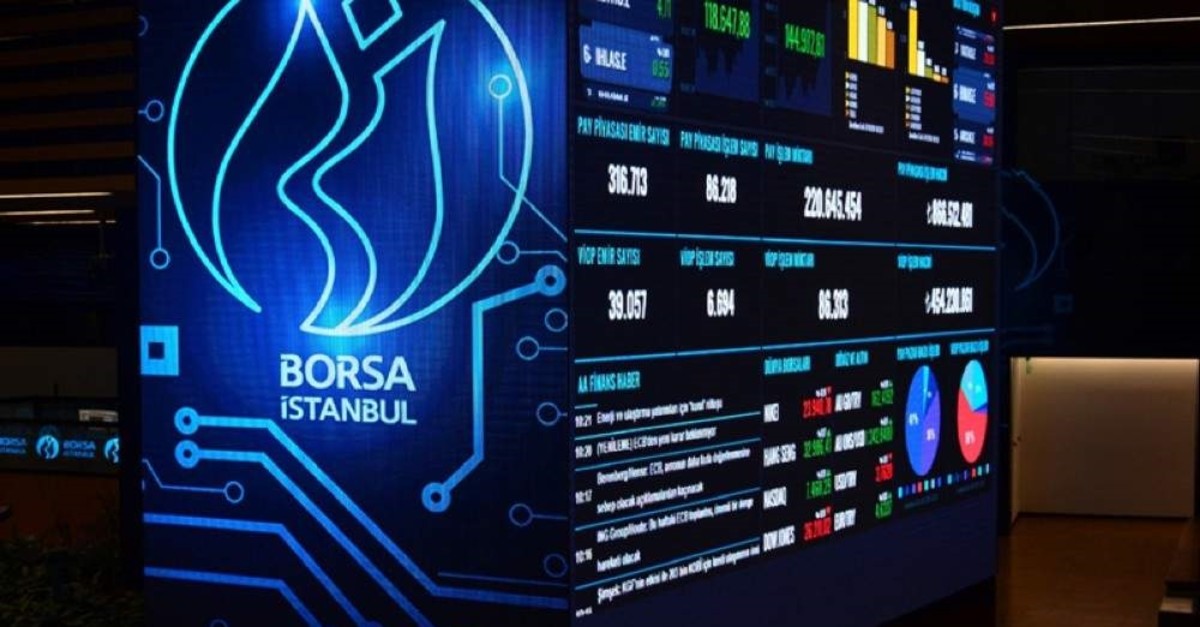 Analysts said the markets are feeling the positive effects of improvements in macroeconomic indicators such as inflation, CDS premiums, and gross domestic product (GDP).

On the second transaction day of the week, 66 stocks on the index rose, 29 were down, and five were flat compared to Monday. The highest trading volumes were posted by national flag carrier Turkish Airlines, iron/steel producer Kardemir and petroleum refiner Petkim.

Investors expect the rally in Borsa Istanbul, which kicked off in November 2019, to stretch into its 11th week with Borsa Istanbul's BIST 100 index closing the week with a new high record.

Analysts reported that the recovery in Turkey’s macroeconomic indicators, along with decreasing risk perception in the global economy and the expected signing of an initial U.S.-China trade deal, fueled investors’ appetite for riskier assets.

Turkey’s industrial production soared 5.1% in November 2019 compared to the same month of the previous year. Meanwhile, the economic confidence index reached 93.8, its highest since July 2018.

Analysts noted that the improved activity in industrial production and rising economic confidence index along with the fall in interest rates strengthened investors’ expectations that profitability ratios would rise.

Meanwhile, the Turkish lira emerged among other major currencies positively affected by the easing of increased risk perception over tensions between the U.S. and Iran. The lira increased by 0.4%, ahead of a central bank meeting Thursday.