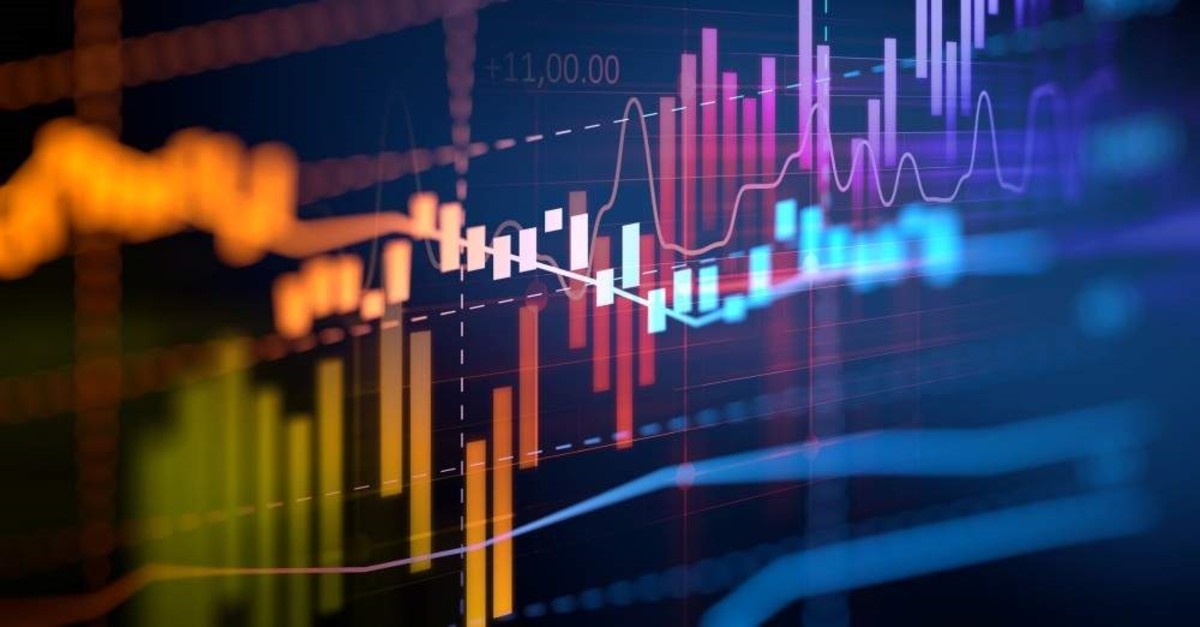 The compound interest of the two-year benchmark has hit a three-year low due to the improvement in global risk appetite, the increased interest in lira assets and the expectation that the Central Bank of the Republic of Turkey (CRBT) will continue with interest rate cuts.

Following the central bank's 1,200-basis-point rate cut since July, the decline in inflation and a significant drop in credit default swaps (CDS), the compound interest of two-year bonds declined to around 10% from 26%.

The yield of two-year benchmark bonds, which has hovered below 12% in the bonds and bills market since the beginning of the year, has fallen below 11% for the first time this week after a long while. The bond yield hit its lowest level since Dec. 29, 2016, at 10.37% on Wednesday. The decline in bond yields was also due to expectations of further interest rate cuts and CDS falling to 259 basis points Wednesday from its record level of 566 points in September 2018.

Anadolu Agency Finance Analyst Cüneyt Paksoy said that major central banks on a global scale are on the expansionist side and are keeping risk appetite positive in favor of emerging markets.

Paksoy noted that emerging markets have been experiencing money inflows for 14 consecutive weeks, banking on the U.S.-China trade deal that was scheduled to be signed Wednesday. He added that geopolitical risk subjects have stopped and macro outlook remains positive according to the latest data. He said that all these developments have supported a view of assets denominated in the Turkish lira. He indicated that the existing pricing in the markets continued to run margin for new discounts on the side of CDS premiums, bonds and exchange rates in parallel with inflation targets.

"JP Morgan's latest report on the banking sector, 'The prospect of a V-shaped recovery has strengthened,' confirms the positive outlook of market players. While the stock market has risen in parallel with the positive mood in global markets, the levels that bond rates and deposit rates have reached are very important. The outlook also supports the stock market side, which has remained cheap under the lead of the banking sector. Unless there is a correction in the lead of the U.S. markets and a major change in geopolitical risk subjects in the internal dynamics, we see the positive mood is likely to continue."

Paksoy emphasized that if the benchmark bond was balanced in the 10-11.5% range and the inflationary index continued its positive course, it would not be a surprise that foreign capital inflow is supported.

DECLINE IN BOND YIELDS TO CONTINUE

Pointing out that the central banks of developed countries would maintain their "dovish" stance in 2020, Sözer stated that the two-year benchmark bond yields had entered a downward trend due to the expectation that the CRBT would maintain its policy of rate cut at today's meeting, as well. "I expect the downward trend in short-term bonds will continue with the expectation that the central bank will continue its interest rate cuts in 2020 as well. Single digits can be seen in the compound interest of the benchmark bond in the first quarter of the year," he added.

Sözer stressed that interest rate cuts, as well as the decline in CDS premiums, also played a role in this development.