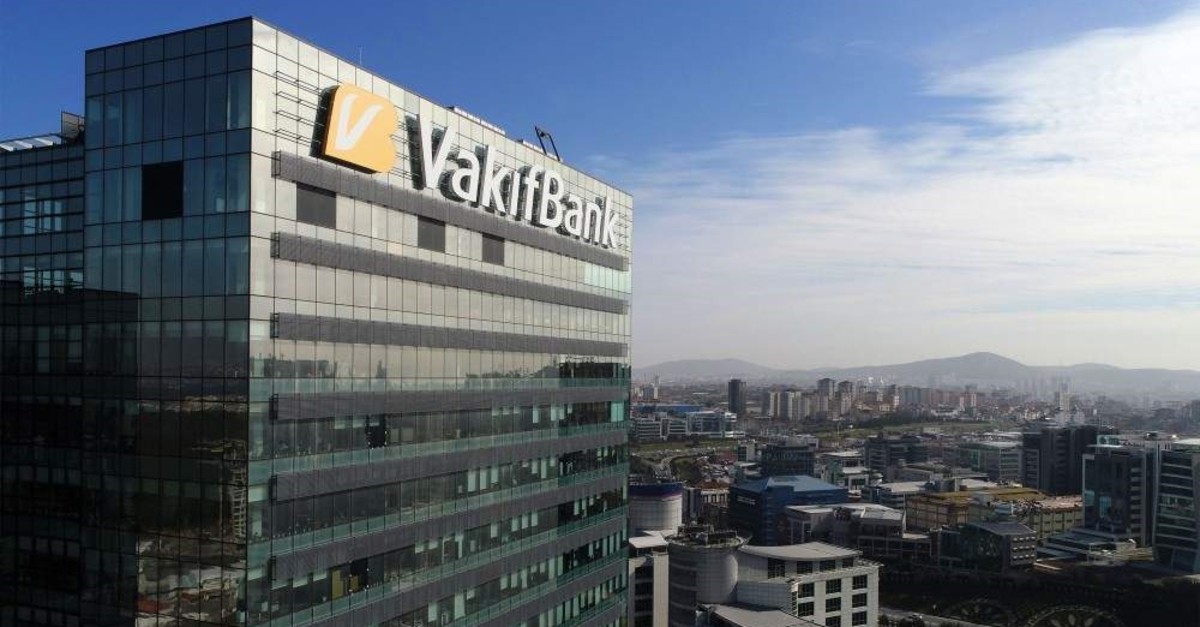 Having overcome a challenging period in 2018-2019, Turkish banks are now expecting to encounter a brighter year ahead, particularly in terms of profits, starting in the last quarter of 2019.

The country's six largest lenders are set to report the first profitable quarter after three quarters of decline, Bloomberg reported Thursday, based on a survey composed of the estimations of 15 analysists.

The data also showed that Turkish banks are expected to post the highest earnings per share (EPS) growth in 2020 among the foreign banks in emerging markets, varying from Russia to South Africa.

Turkey's largest private bank, Garanti Bank, will report earnings on Jan. 30, while the announcement will be followed by İş Bank, which is also among the top private lenders.

Tomasz Noetzel, an analyst for Bloomberg Intelligence, was cited by Bloomberg as saying in an email that "widening net-interest margins, a rebound in credit demand and lower provisions" were the reasons behind the strong momentum.

Noetzel, however, said additional factors, such as how the politics will be shaped in the upcoming period, along with the geopolitical developments will also be part of determining the extent of the expected positive outlook.

The recovery period followed a series of interest rate cuts by the Central Bank of the Republic of Turkey (CBRT) in 2019, which drove the benchmark to below inflation. Along with those moves, the CBRT has carried out other simulative moves to boost loans, following the first period of 2019 that saw a shrink in loans especially in foreign currencies.

The bank earlier this month slashed its benchmark one-week repo rate by 75 basis points to 11.25% from 12%. Since July, the bank has cut rates by 1,275 points in a move to ease monetary supply to support investments and fuel growth.

Last year, it held eight monetary policy meetings, as interest rates fell by 1,200 basis points over the course of the year, from 24%. The bank scheduled 12 committee meetings for 2020.

As a result, the report asserted, the lenders are expected to see a 10% increase in consumer borrowing in the last quarter of the year, while commercial debt is expected to have also surged by 4%.

Banking stocks have also benefited from the positive developments. Borsa Istanbul's 12-bank sector index gained 14% as of the beginning of this year, and the country's benchmark index has reported a 7.9% gain.

The report further noted that a Turkish-lira denominated loan growth is also expected with a rate of more than 15% at the country's top largest private lenders, namely Garanti Bank, Akbank TAS and İş Bank.

Çağdaş Doğan, an Istanbul-based banking analyst at BGC Partners, told Bloomberg: "Halkbank, Vakıfbank and İş Bank's results will stand out positively with a substantial quarter-on-quarter earnings increases," while adding that "Yapı Kredi will stand out negatively" because of "a significant nonperforming loan ratios (NPL) clean up and provisioning boost."

The data by the country's banking watchdog showed the figure fell 8% year-on-year in the first 11 months of 2019, while the total assets of the sector amounted to TL 4.35 trillion, up 13.3% over the same period last year.

Total banking sector loans – the biggest subcategory of assets – soared 8.8% year-on-year to hit TL 2.6 trillion between January and November. On the liabilities side, deposits held at lenders in the country amounted to TL 2.45 trillion, up 23% during the same period.

Measuring the health of loans, the ratio of nonperforming loans to total cash loans – the lower the better – stood at 5.23% in November, up from 3.70% in November 2018.