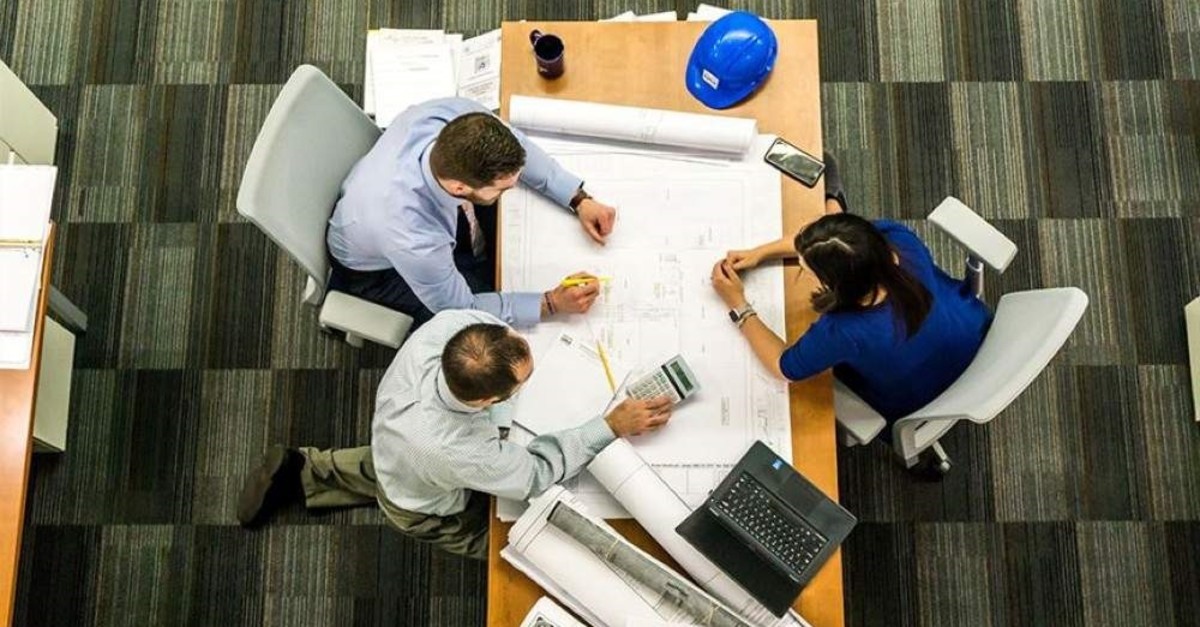 In the coming period, the rebalancing in the economy and the increase in the ability of the real sector to regulate cash flows promise to make the functioning of the financial system more effective

A trend of falling interest rates that came along with the rebalancing in the Turkish economy in 2019 has helped financing conditions of the real sector improve – a situation that is said to have formed a basis that will bolster the solvency of the companies and bring along a rise in loan volume and a drop in non-performing loan ratio in 2020.

During a financially and economically turbulent period that kicked off in the second half of 2018 and stretched into the first half of 2019, the Turkish economy was battered by currency volatility, high inflation and high interest rates, resulting in tumbling domestic demand from consumers and investors.

However, the economy began rebalancing and entered a promising era of growth in the third quarter of last year, which has been positively reflected in the ratios of the real sector and the financial sector.

The Central Bank of the Republic of Turkey (CBRT) began aggressively lowering rates in July 2019 after having raised the key rate to 24% in September 2018 in the face of rising inflation. It cut its key interest rate to 11.25% last month from 24% since July 2019 on the back of the stabilizing lira and a drop in inflation.

Then the public lenders proactively started slashing interest rates on housing, consumer and corporate loans. Over time, private banks became involved in the process and lowered rates on loans.

Interest rates on loans had reached 40% in 2018, a period in which Turkey was subject to currency attacks. Actions and measures taken by the government yielded positive results on the inflation and current account balance side, while interest rates and the country's risk premiums declined significantly.

The drop in the interest rates on loans brought about an improvement in the companies' cash flows. On the other hand, it also reflected positively on the banks' profits. Thus, a conjuncture emerged in which both credit volumes increased and asset quality strengthened.

These developments, along with the rise in the confidence in both the banking and real sector, constitute a macroeconomic basis that is in line with the growth targets set for 2020.

Turkey's gross domestic product (GDP) entered a promising era of growth in the third quarter of 2019, taking a turn after three consecutive quarters of contraction. The economy grew 0.9% year-on-year between July and September of 2019, according to data of the Turkish Statistical Institute (TurkStat).

The high level of interest rates primarily in the last quarter of 2018 brought about a difficult period in the economy, which was reflected in the real sector's ability to repay the loans, particularly in the energy and construction sectors.

However, various regulations and cheap loan campaigns over the last one and a half years brought about a major mobility in the markets thanks to credit channels that were opened, especially by the public lenders.

In this period, restructuring accelerated in relation to firms that produce added value to the economy but experienced temporary problems due to high volatilities in the exchange rates and high interest rates.

The support that was provided to the companies that needed net working capital or short-term financing enabled them to continue their operations in a healthy manner. Thus, both the asset quality of the companies and their ability to pay debts increased.

As a result, scenarios that put forth a pessimistic picture about the non-performing loans at the beginning of 2019 turned out to be wrong. With an increase in the lending appetite of the banking sector, the loan balance posted an 11% year-on-year increase to nearly TL 2.66 trillion at the end of 2019, up from TL 2.39 trillion. The NPL ratio stood at 5.3% at the end of last year.

These developments provide a macroeconomic foundation in line with the growth targets of 2020 with the increase in confidence in both banking and real sectors. The industry's past experience and competent human resources played an important role in achieving positive results.

In the coming period, the rebalancing in the economy and the increase in the ability of the real sector to regulate cash flows will make the functioning of the financial system more effective. The economic improvement will support higher-quality asset structure, stronger capital and sustainable profitability in the banks' balance sheets.

The year 2020 is said to be a year in which the companies' solvency and loan volume will increase thanks to both falling interest rates and strengthened economic activity. This will bring about significant reductions in the NPL ratio.

Elaborating on the topic, DenizBank Investment Group strategist Orkun Gödek stressed that the CBRT taking advantage and lowering interest rates paved the way for a downward movement in loan costs for both the individuals and companies.

"The 1,200-basis-point interest rate cut in the whole of 2019 has eliminated the compulsory pressure caused by the tightening in 2018," Gödek told Anadolu Agency (AA) yesterday.

He added that the positive reflection can be confirmed by various leading indicators such as domestic consumption, confidence indices, private sector PMI, automobile and house sales.

"In addition, private banks also getting involved in the process of loan acceleration under the leadership of public banks after the adjustments made in required reserves demonstrated an annual growth potential of 15% in the Turkish lira loans," Gödek concluded.
RELATED TOPICS