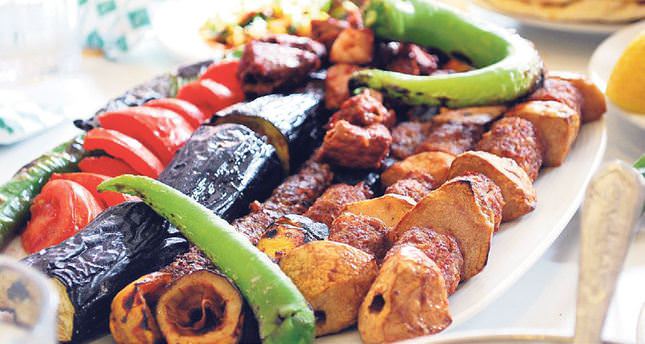 by Sep 06, 2014 12:00 am
Selami Çesme Özgürlük Park at Kadıköy is preparing for the 14th Gaziantep Culinary Festival from Sept.20 to Sept. 21 organized by Istanbul Gaziantep Locals Association. Head of the Association Tahir Tekin Öztan said the festival will host roughly 150,000 visitors. It was announced that 120,000 portions of kebab will be on offer in an attempt to break last year's record, which was 100,000 portions. "We already received great interest. The festival is of significance for companies to introduce their brands and products. National and international media agencies closely follow us each year. Necessary measures are taken to enjoy a successful event," he informed. Öztan believes there is much to do for Gaziantep's promotion from all aspects.

As a culture and culinary melting pot, Gaziantep has been introduced to foreign tourists with a number of events in Istanbul. "The city's unique cuisine will be introduced to a large mass including the well-known names from art and business world with local people," Öztan expressed. The two-day event gives a chance for Gaziantep-based businessmen and shop owners to exhibit their products. Presently, a large number of companies have requested to open a stand at the event. Öztan said interested company owners can hire a stand prior to the festival opening. All citizens and statesmen from Ankara, Istanbul and Gaziantep are invited to the upcoming event. During the festival, local chefs will prepare traditional meals for participants.

The southeastern province is famous for a wide range of dishes from kebab, "çig köfte" (a kind of Turkish steak tartare), "yaprak sarması" (stuffed vine-leaves), potato with yoghurt, "kelle paça" (soup made of sheep's feet and skull) and "mumbar" (stuffed sheep's intestines) and "katmer" (a kind of fried layered bread).The sponsor firms including Gaziantep and Istanbul-based TV channels, radio, websites and printed media will continue to advertise the event until the opening day. Advertising posters are placed in certain locations of both cities.