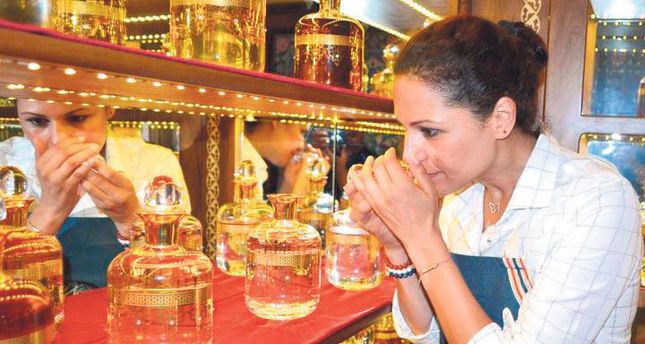 One of the most well-known female chefs, Moroccan chef Choumicha Chafai, also known as the 'Queen of Spice,' wants to learn more about Turkish cuisine and teach it to others

Within the project "Hatay Province Innovation Platform," which was carried out in coordination with the Hatay Governorate, Chafai came to Hatay to participate in the "Mediterranean Countries Kitchen Days" events.

Speaking to an Anadolu Agency (AA) reporter, she said she admires and is interested in Turkish cuisine.She stated that she only had a chance to try some Turkish foods, but she liked the taste of them very much and she cannot wait to try the others. She also noted that she was so impressed by the hospitality and friendly attitude of the Turkish people besides the cuisine. "I am interested in Turkish Cuisine just like the rest of the world," said Chafai, and added that all of her fans are pushing her through social media as well as face-to-face to learn how to cook Turkish foods and then teach it. She informed she made an appointment with a Turkish chef to learn the cuisine. "I hope to learn how to prepare Turkish foods as soon as possible,"Chafai stated.

She said she knows all the spices around the world and tries to use most of them in her meals. She underscored that Turkey, Morocco, India, Taiwan, China and Pakistan are the countries that use the most spice in their cuisines since they are spice producers.The chef further stated that the fertilizers and chemicals used in vegetable and fruit production spoil the quality of spices, which reflects on the taste of the meals.Chafai said Moroccan journalists call her the "Queen of Spice," and added that she has books on spices and their area of usage.