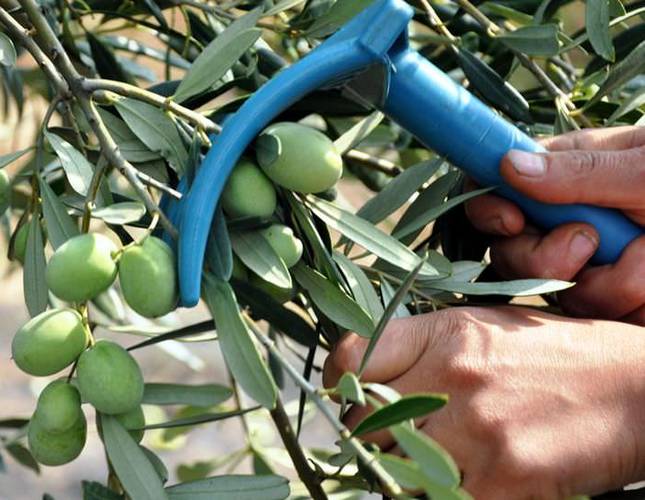 The sixth Akhisar Olive Harvest Festival took place on Oct. 24-26 in the Akhisar district of western Manisa province, which has the majority of Turkey's olive groves, containing approximately 13 million trees. The district supplies 70 percent of Turkey's green olive and 30 percent of its black olive demand with locals joyfully welcoming this year's festival in the region.

M. Kadri Güneş, head of the Olive and Olive Oil Promotion Committee, said the festival has an important role in encouraging olive and olive oil consumption across the country. The committee continuously carries out events to promote the olive industry both in Turkey and abroad. Small olive tins were also distributed to the locals during the festival. Güneş reminded that the 80 million olive trees that were planted over the last 15 years in Turkey now produce olives. Turkey aims to become the second-largest grower in the world with 650,000 tons of olive oil production in the near future. "Turkey needs powerful domestic and export markets to turn the olive harvest into added value and sell high-quality olive oil abroad. The committee commits great effort to achieving this target. We will continue domestic and foreign promotion campaigns to reach a $3.8-billion export rate by 2023," Güneş said.

There are currently 250 olive facilities, 36 olive oil extraction and nine olive oil filling facilities in Akhisar. Speaking during the festival, Keskin Keskinoğlu, a board member of the Keskinoğlu Company Group, said that olive oil consumption has reached 25 kilograms [per capita per year] in European countries where olive production is very common, yet this rate is only 1.5 kilograms in Turkey. "The promotion campaigns aim to encourage people to consume more olive oil, which is the healthiest type. We are working to increase olive oil exports in parallel with the rates of domestic olive oil consumption," Keskinoğlu concluded.