Discover the curative affects of spices 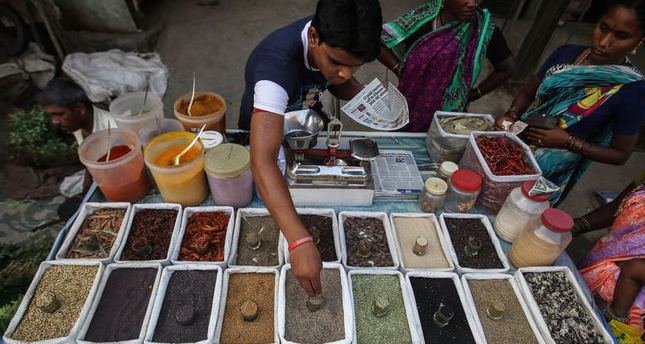 If you combine some fresh or dried spices with your meal, be it red meat, chicken, fish or vegetables, you can benefit from their positive impacts such as losing weight and keeping your body healthy

Most people do not know much about the miraculous benefits of spices although many of them have curative effects when they are consumed fresh or dried. The positive impacts of seven different spices on weight loss have been proven by studies conducted by various universities. The volatile oils, antioxidants, minerals and lifesaving components that are unique to each spice act as a slimming potion. If you want to embrace a healthy way of life and lose some weight, cut sugar and salt from your diet and add these seven magical spices to your salad, meat or vegetables. Here are the seven magical spices:

Ginseng: It is a plant with fleshy roots used in Chinese medicine to reduce stress, help for a clear mind and stay awake. Moreover, the spice that is acquired from this plant cures hormonal disorders and boosts metabolism by affecting the adrenal glands, according to studies. Studies conducted at the University of Maryland show that some types of ginseng have a feature which aids in weight loss. You can either buy ginseng as spice or roots. Ginseng can be consumed in soups as well as by slicing it like ginger and helps you to lose weight.

Hot chili powder: A study in Purdue University revealed that hot chili powder is very effective helping in burning calories and boosting metabolism. The researchers claim that it supresses the appetite and it is advised to use hot chili powder in chicken and meat dishes as well as soups in order to accelerate the fat-burning process.

Cinnamon: This spice helps you with weight problems as it has the ability to reduce glucose levels, according to researchers. Scientists claim that cinnamon reduces the level of malignant cholesterol in the blood. Cinnamon boosts metabolism and also balances insulin levels in the blood.

Ginger: Studies show that ginger keeps the appetite under control and has positive effects on weight loss. When added to tea in slices and to yogurt or soup after crushing it, ginger suppresses cravings.

Black peppercorn: As it eases digestion, black peppercorn is used in meals as a seasoning. However, a study conducted by the University of Oklahoma revealed that the ingredient in the spice called piperine accelerates fat-burning. It boosts metabolism so well that eating black peppercorn is equivalent to a 20-minute walk.

Mustard: This spice is not commonly used in Turkey as a seed or in powder form. However, a study at the Oxford University Polytechnic Institute made mustard a star among other spices that help weight loss. It was reported that consuming a teaspoon of mustard regularly causes a 25 percent boost in metabolism.

Turmeric: Another special spice, tumeric, which is rich in beta carotene, protects the liver from harmful compounds. Thanks to the substance, curcumin, in the spice, tumeric reduces fat synthesis and supports weight loss.
Last Update: Dec 27, 2014 4:10 pm