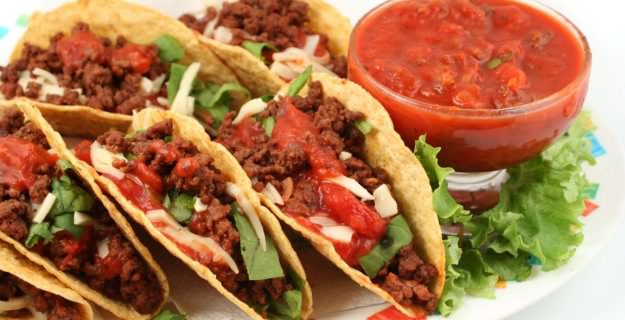 by Daily Sabah May 16, 2015 12:00 am
Sweden's Metro newspaper headlined an article which suggested that the traditional Mexican "taco al pastor" originally came from a traditional Ottoman dish called "schawarma" which was extremely popular in the Middle East between the14th and 20th centuries. Originating from the Turkish Word "çevirme" meaning "turning", "schawarma" is made from pita bread, beef cooked on a rotissarie with some tangy vinegar dressing.

The paper also included Palestinian anthropologist Ali Qleibo's statements on the taco al pastor. Qleibo suggested around 36,000 people migrated to Mexico from the Ottoman Empire in the early 20th century and brought their food with them.

A food history professor at the University of Toronto, Jeffrey Pilcher also wrote that "taco al pastor" is originally a Middle East food in his book "Planet Taco." Pilcher suggested that the food was introduced to Mexican people in1930s after migration to the country. He wrote that the Lebanese used to cook schawarma meat with red hot pepper sauce and call it "tacos al pastor". Even the term "al pastor," which means "in the style of the shepherd," is a nod to the original Middle Eastern lamb version of the dish, Pilcher suggested.
Last Update: May 17, 2015 9:24 am
RELATED TOPICS