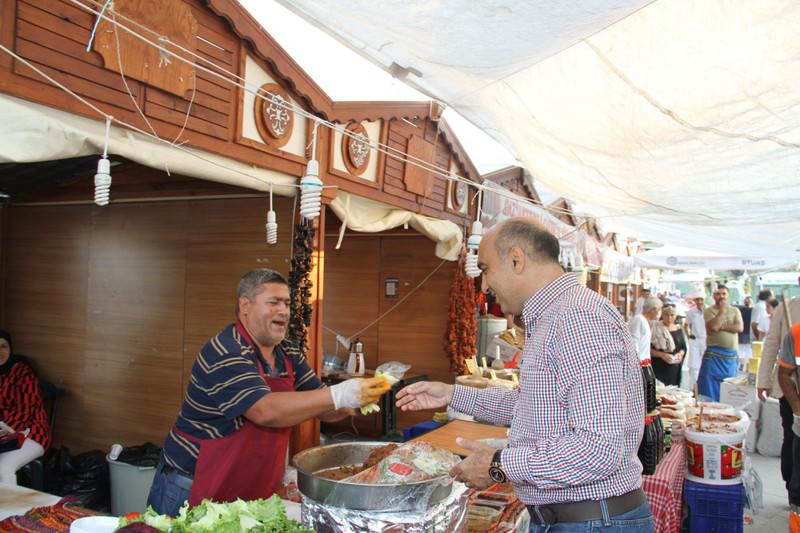 by Daily Sabah Sep 09, 2015 12:00 am
The 15th Gaziantep Food Festival, which gives Istanbulites the opportunity to experience and try the traditional cuisine of southeastern Gaziantep province like kebab, baklava, pistachio and katmer (fried layered pastry), has started at Özgürlük Park in Istanbul's Kadıköy district. Speaking during the festival's opening, Mayor Fatma Şahin said Gaziantep is the capital of local tastes and extended her thanks to authorities for their efforts. She said the municipality is proud of the city's history, which will be passed on to future generations through more projects. Şahin noted that cuisine is a powerful promotional element of the city, which also makes an impression with its museums.

"Gaziantep aims to become a world prominent gastronomy city. We will bring its rich cuisine to international platforms," she said, adding that the municipality has received both the EU and Turkish Standards Institute certificate for its pistachio. "Katmer is next in line. It will be our 26th licensed product. The municipality also prepared reports and applied to UNESCO to have Gaziantep listed as the world's eighth gastronomy city. We are in cooperation with local authorities and NGOs for this project," Şahin added. Following her speech, she tasted local food while visiting the fair with guests. A food and baklava competition as well as traditional dance performances are taking place during the festival. Almost 150,000 meals are expected to be consumed at the festival, which will end Wednesday.
RELATED TOPICS