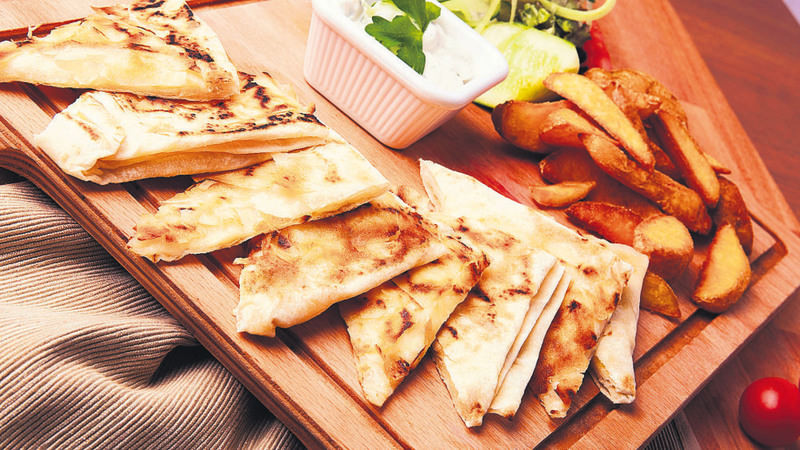 by daily sabah Jan 11, 2016 12:00 am
Analyzing food orders from all around Turkey, Yemeksepeti, a popular online food-ordering company, recently announced that kebab was the most ordered food in 2015, followed by hamburgers and pizza.

Last year, Yemeksepeti received 92 million orders sent to 5.2 million different addresses. Almost half of the orders were sent from cellphones. In 2015, the Turkish sliced meat "döner" sandwiches doubled in popularity compared to 2014. The word "döner" was searched 33 percent more on the Internet, also reflecting itself on Yemeksepeti orders. Döner orders increased by 52 percent, and the food has ranked sixth among the most-ordered products on the top 10 list, also including chicken, sandwich, desert, lahmacun, pide and soup.

Another finding is that after a reduction on duck prices, duck meat orders increased about 92 percent. In the overall amount, however, duck meat is among the least favorite. Another trendy food of 2015 was "çiğköfte" (Steak Tartar a La Turca). An increase of more than 50 percent was observed in çiğköfte orders on Yemeksepeti, for which over 2,500 registered restaurants feature çiğköfte on their menu. Last year, çiğköfte continued to be popular and practical for Turks. "Lahmacun" (mincemeat on dough, also known as Turkish pizza) orders reached almost 6 million in 2015, making the traditional Turkish dish the best-seller product on Yemeksepeti. Recently, a new regulation has been adopted to increase mincemeat content on Lahmacun. Among more than 7,500 desert choices on Yemeksepeti, the most favorite were chocolate souffle, kunefe and profiterole. Kunefe remained its rank in the top three, while "trileçe" (Tres leches cake), a traditional desert unique to the Balkans, increased orders fourfold compared to 2014, becoming the most consumed desert.

Based on the 2015 food trends, breakfast menus sustained their popularity with a 42 percent increase in orders. "Gözleme" (pastry with assorted fillings) orders doubled last year, and the food became the most preferred breakfast product on Yemeksepeti.
RELATED TOPICS