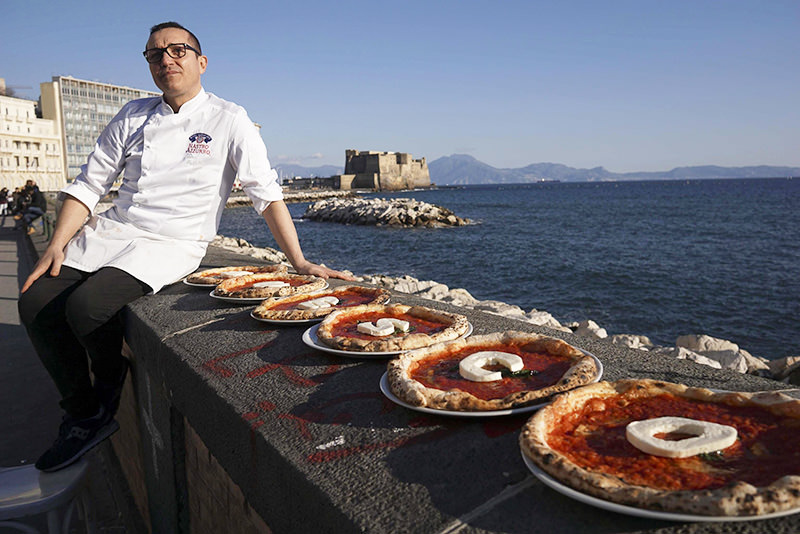 by Anadolu Agency Mar 05, 2016 12:00 am
Italian authorities have decided to nominate their world-renowned pizza to be added into United Nations Educational, Scientific and Cultural Organization's (UNESCO) list of Intangible Cultural Heritage of Humanity, according to the Italian news agency ANSA.

As ANSA reported on Friday, the Italian National Commission for UNESCO unanimously approved the proposal submitted by the Agriculture Ministry and supported by the Ministries of Culture, Foreign Affairs, Education, Environment, and Economy.

Born in the southern Italian city of Naples back in the 1700s, pizza will be the only nomination of the Mediterranean country for the heritage list, said the agency, adding that it was chosen for its function of "representing Italy all over the world".

"We continue to value the Italy-made [products] after the great success of the EXPO [2015 in Milan]," ANSA quoted Italian Agriculture Minister Maurizio Martina as saying.

UNESCO officials at the Paris-based headquarters will assess the candidacy of the "Art of Neapolitan Pizza Masters" in 2017.

The UN-body's Representative List of the Intangible Cultural Heritage of Humanity aims to better protect, safeguard and promote intangible heritage elements which "help demonstrate the diversity of this heritage and raise awareness about its importance".
Last Update: Mar 05, 2016 2:00 pm
RELATED TOPICS