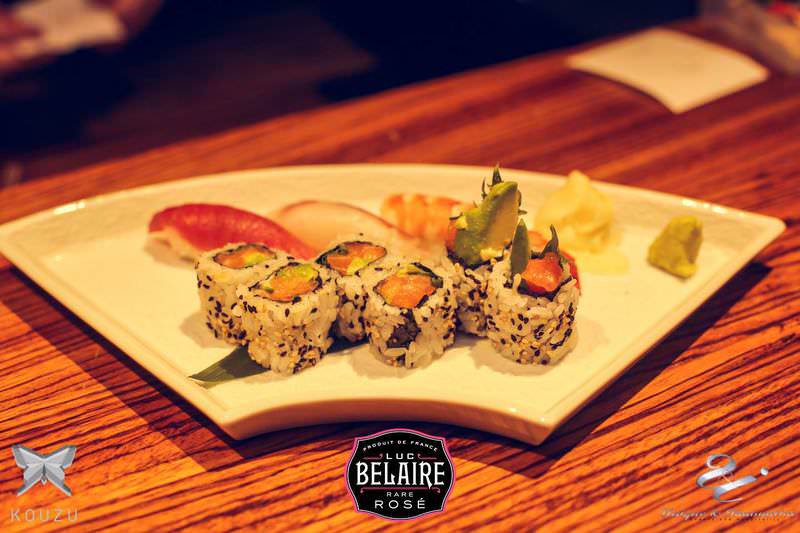 by Anadolu Agency Mar 07, 2016 12:00 am
"Kouzu," a sushi restaurant facing Buckingham Palace in London and run by young Turkish businessman Erkan Kahyazade, has become the first choice for royalty, Hollywood stars and celebrities. Named Best Sushi Restaurant in the U.K. by the Global Sushi Challenge, "Kouzu" has won numerous prizes and is also recommended in the 2016 Michelin Guide.

As the owner of the restaurant and chairman of Strategy Group, Kahyazade, says that his restaurant stands out because Londoners prefer Japanese cuisine - especially sushi - and there are already enough kebab and döner restaurants in London. Stressing that Japanese cuisine has become popular, Kahyazade says young people especially like trying Asian food. "Based on my personal observations, I understood that Londoners would not show great interest if I opened a döner or kebab restaurant. There has been a change in food preferences among the public. As an entrepreneur, I chose the Japanese cuisine business, which has brought me great success." "Kouzu" has appeared in prestigious British newspapers and magazines, attracting celebrities and members of the royal family. Aside from sushi, sashimi, tempura and Robatayaki-style grilling are among the restaurant's favorite dishes. "I am a businessman, and do what I have to do to be financially successful. My ultimate aim is to create a restaurant concept that will reach other countries around the world," Kahyazade went on to say, noting that he is planning to open a branch in Istanbul, Dubai and New York.

"Kouzu," which means elegance in Japanese, has an interior design inspired from Turkish, Japanese, American and Spanish architecture. The three- story restaurant has a seating capacity of 80 and the ground floor is allocated for private dining. "The chef has a special space here. Seven people can sit here and watch him prepare and personally serve customers their meals," Kahyazade said. "Kouzu" is staffed by 30 employees and the principal chef Kyoichi Kai is a respected name in Japanese cuisine. "Our menu is inspired by both Japanese and French cuisine. "Kouzu" has hosted politicians, prominent CEOs, artists, royal family members and celebrities like Ed Sheeran," said Kahyazade.

Born in Greece and raised in the Aegean city of İzmir, Kahyazade studied in the U.K. with European teachers and his future career as an entrepreneur began to take shape when he was in high school. "It was difficult to live in Greece so my family migrated to Turkey. I completed my primary and high school education in Turkey. When I came to the U.K. in 2000, I also worked as a textile marketer," he said. Kahyazade has worked in different business sectors, such as information technologies and online insurance.
RELATED TOPICS