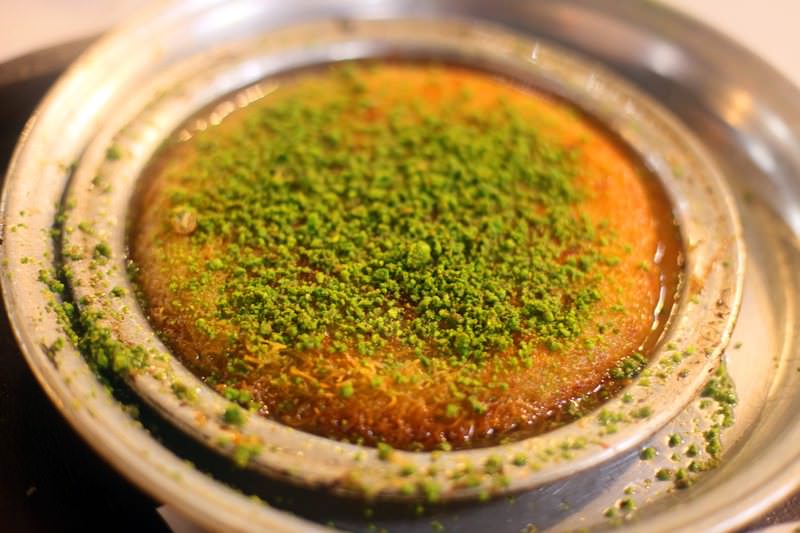 by Anadolu Agency Apr 13, 2016 12:00 am
Künefe, a local delight from the Antakya district of southern Hatay province, is seeking to register for an official European Union trademark. Künefe was also famous in the Ottoman-era kitchen and is seen as the world's first cheese dessert - one that is particularly associated with wedding ceremonies. In Antakya, künefe is made by adding a special salt-free cheese in shredded dough and frying the mixture in butter. Delicious syrup is poured on künefe, while nuts or pistachios add a unique taste.

This sweet dessert is generally topped with cream. In different variations of this dish, the cream is replaced by mozzarella or by cream cheese and at times cinnamon is added.

The dessert is a top choice among local and international tourists visiting the city of Hatay.

Four years ago, künefe received a geographic indication certificate, and is now vying for an EU trademark. Hikmet Çinçin, the chairman of the Antakya Chamber of Commerce and Industry (ATSO), said the dessert completed its local branding promotion and an international trademark will make it more popular.