Turks consume the most tea per capita in the world 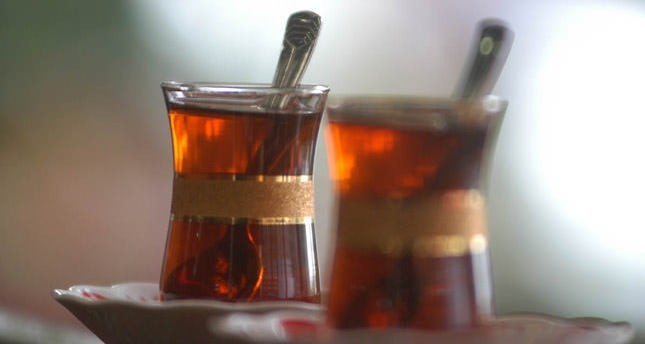 by Daily Sabah with IHA Jun 10, 2016 12:00 am
After China and India, the world's two most populous countries, Turkey is third in tea consumption in the world. However, Turkey consumes the most tea if the amount is measured in proportion to the population. Based on data from the Food and Agriculture Organization of the United Nations (FAO), the average annual tea consumption per person worldwide is less than 1 kilogram, but in Turkey each person consumes an average of more than 3 kilograms of tea every year.

Çaykur, a Turkish tea production company, accounts for 60 percent of the Turkish tea sector and sold almost 5,000 tons of tea to 54 countries last year. The company sells tea to dozens of countries, including Australia, Kosovo, Mongolia and Saudi Arabia.

A large amount of the tea produced in Turkey tea is cultivated on the country's Black Sea coast. Two months ago, a training initiative for professional tea testers began so that they could better promote traditional Turkish tea, the country's most popular beverage. This was part of a project by the Rize Commodity Exchange Market. The training, which is given by tea experts, includes theory and practice classes that instruct participants on key information regarding tea's color, aromatic features, and the appearance of processed tea and strong tea.
RELATED TOPICS