by Daily Sabah Feb 09, 2017 12:00 am
Young restaurant manager Mehmet Kaya has entered the Guinness World Records book with the art of "çöp şiş" (small skewered kebabs) that he inherited from his great-grandfather, becoming a source of pride for Turkey and Turkish cuisine. Kaya continues the delicious food tradition that his great-grandfather pioneered 140 years ago in Denizli's Pınarkent region. He has made a name for himself with the çöp şiş competitions he organizes and applied to Guinness World Records on the advice of a British customer. 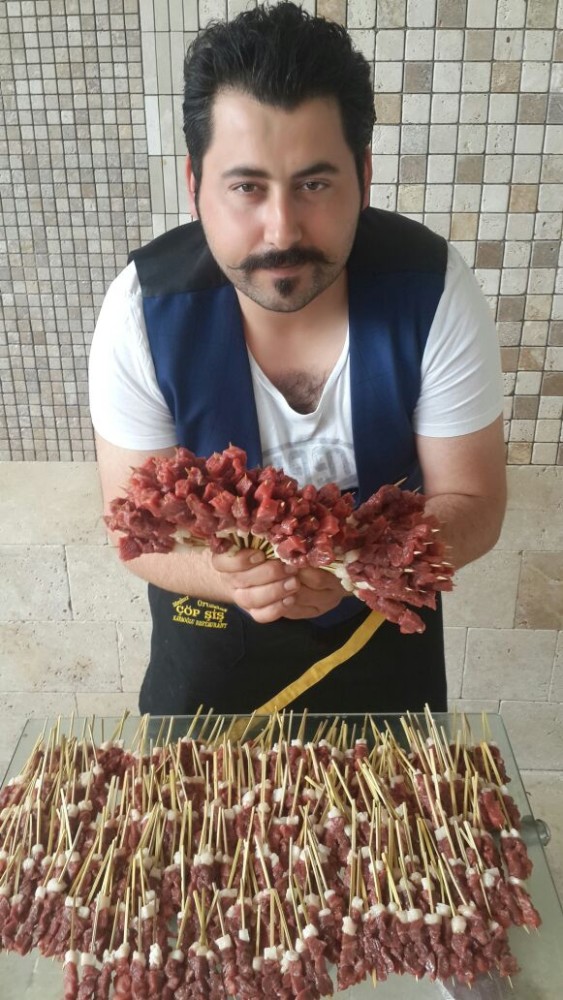 Kaya broke the world record for cooking a total of 180,000 kebabs for the competitions that he organizes every day at the restaurant he manages. Kaya said he wants to introduce the renowned Turkish kebab "çöp şiş" to the world and keep its tradition alive. "Every week, contestants and families from all over Turkey come to our restaurant for the competition. The çöp şiş eating record was broken by one of our female customers who ate 250 çöp şiş, which surprised us all," he added.

Kaya said people including his customers had offered to become partners with him after the competitions he organizes gained widespread media coverage. "Since the news that we broke the world record with 180,000 çöp şiş, we have received franchise offers from all over Turkey. My biggest aim is to introduce this famous Turkish food to the rest of the world to let people taste çöp şiş; so I will definitely organize international competitions. Turkish cuisine has the world's best flavors."
RELATED TOPICS