Stuffed lamb ribs, a taste of the southeast 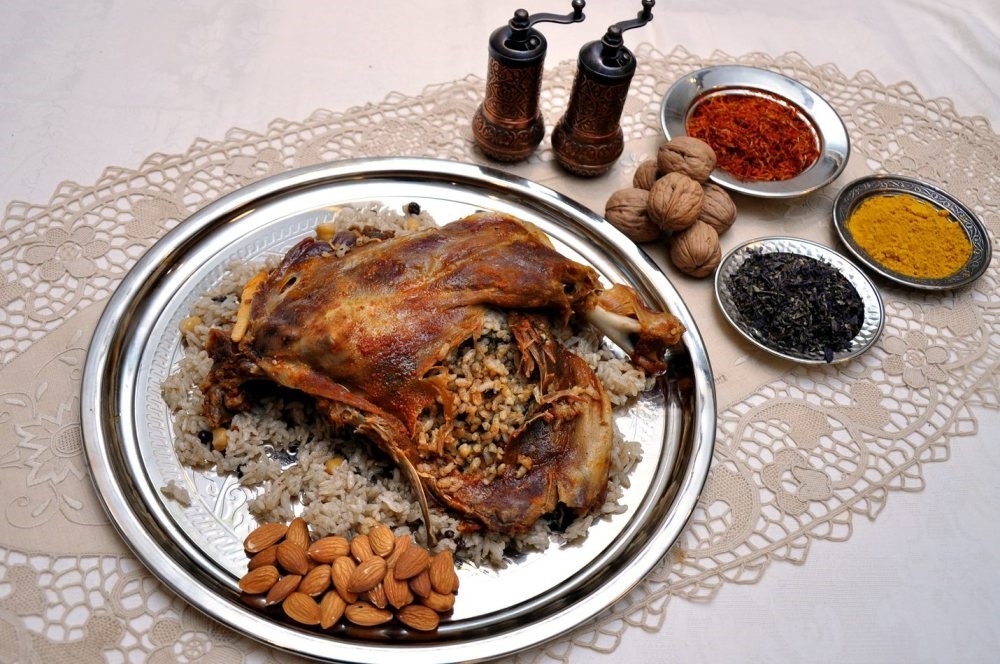 Home to a vast range of communities, including Turks, Kurds, Armenians, Assyrians, Arabs and Persians, the fertile lands of the ancient city of Diyarbakır, undoubtedly has one of the richest cuisines in the country.

Generally known for its meat dishes, kebabs, heavy oil-laden, hot and sour flavors, vegetarian dishes are not very popular in Diyarbakır. Dried vegetables such as eggplants, capsicums, zucchinis and tomatoes are preferred when preparing dishes instead of fresh produce. One of the city's most well-known local dishes is the "kaburga dolması," stuffed lamb ribs.

The dish that serves two-three people, is roasted lamb rib stuffed with a delicious filling of seasoned rice, almonds, currants and pine nuts. Once the lamb rib is filled with the rice mixture, it is sewn closed using needle and thread. Placed in a large metal drainer, the top is covered and the drainer is placed over a large pot filled with water – making sure the water does not touch the drainer.

After being steam cooked for more than three hours, the rib is removed from the drainer, placed in an oven tray and covered in paprika paste and ground pepper. Before it can get to the table, the rib must go through one final process: It needs to be cooked in the oven for another 20-30 minutes until it is roasted, golden brown.

If you can't go to Diyarbakır you can still try this southeastern delicacy in one of the many Istanbul "kaburgacı" restaurants throughout the country. Some of the popular restaurants in Istanbul that serve the kaburga dolması are Kaburgacı Selim Amca in the Fatih district on the European side or in Ataşehir on the Asian side, Kaburgacı Mehmet Usta in Maltepe and Tavacı Recep Usta in Kadıköy, both on the Asian side.