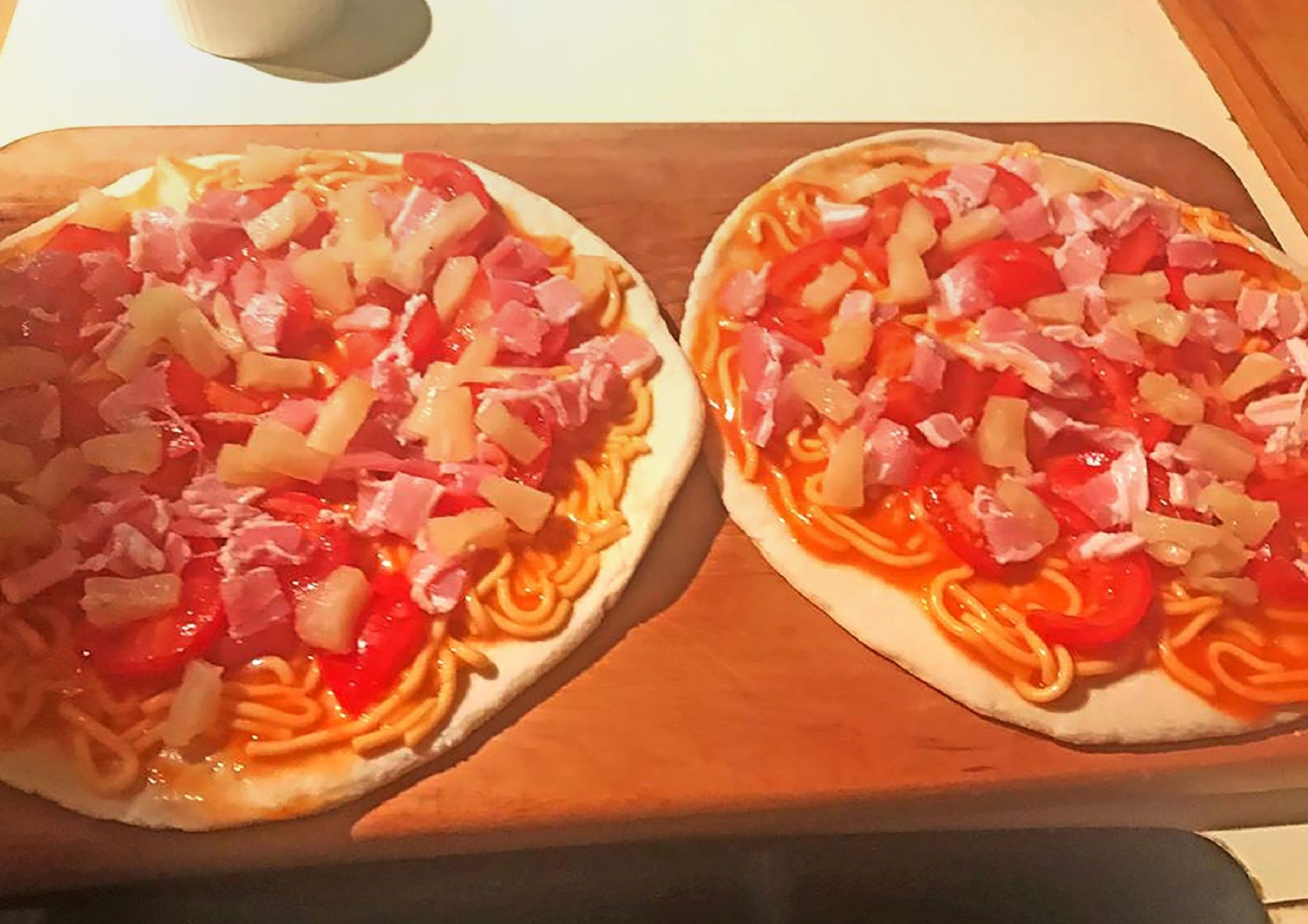 New Zealand Prime Minister Bill English defended his love of pizza topped with tinned spaghetti and pineapple on Friday after the recipe sent fans of the Italian treat into an outraged frenzy.

English posted pictures of his unorthodox tastes on Facebook this week, saying he prepared the dish for his family.

The Internet melted down faster than buffalo mozzarella as purists poured online scorn on his spaghetti speciality.

"Why on earth would you promote such garbage? Would you serve this stuff to your international guests??," one user posted.

Another said: "Sorry Bill, any man who puts spaghetti on a pizza is not fit to run my country, you cannot count on my vote come election time."

Even U.S. talk show host Jimmy Kimmel got in on the act, urging New Zealanders "impeach that man immediately!".

"That is so offensive. That is an act of war. I think he just declared war on Italy, and maybe Hawaii too," Kimmel told his audience.

Italy's embassy in Wellington declared a vendetta, or blood feud, over the desecration, tweeting a picture of New Zealand's beloved pavlova dessert covered with salami.

"Vendetta for PM's pizza with tinned spaghetti and pineapple," it said.

Vendetta for PM's pizza with tinned spaghetti and pineapple#salamipavlova pic.twitter.com/bj65jQMhLd

English was unfazed by the criticism, saying his recipe may have cooked up strong opinions but plenty of people were on his side.

"Everywhere I go now I meet people who put spaghetti and pineapple on their pizza," he told NewstalkZB.

"They come up to me spontaneously when I'm walking through the airport and tell me."

The culinary kerfuffle comes after Iceland President Gudni Johannesson revealed in February that he hated pineapple topping on pizzas and would ban it if he could.

English was unaware of that controversy but admitted he had been puzzled recently about how many times he had been asked whether he liked pineapple on pizzas.

"We answered the question, the nation was clearly interested, but they'll probably move on pretty quickly now," he said.