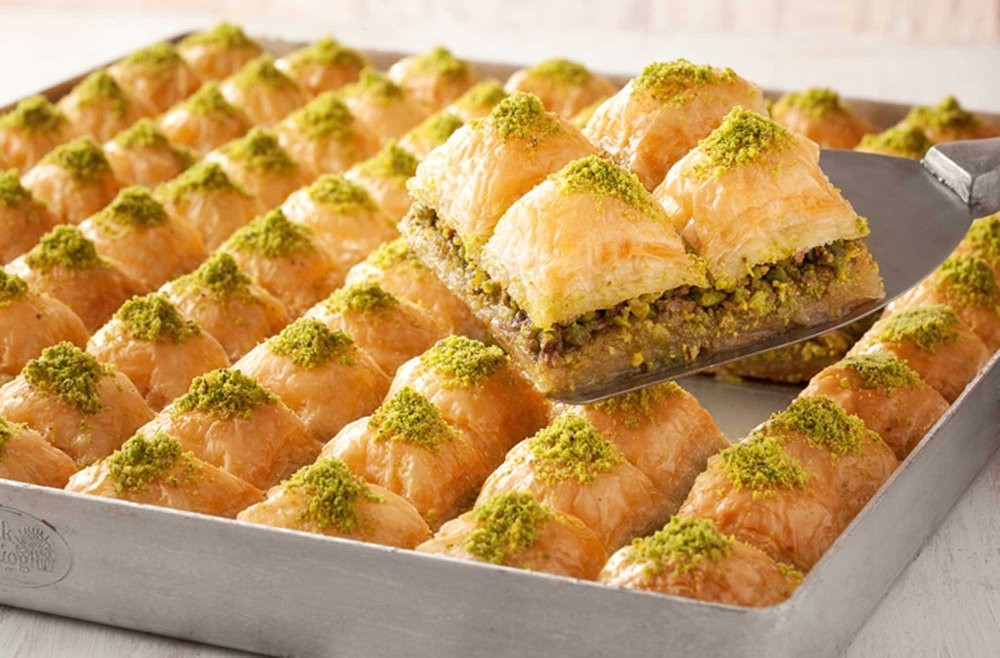 Officially registered by the European Union, Antep baklava has been exported to 18 countries including the U.S., the United Arab Emirates (UAE), Switzerland and China over the last eight months.

It has been announced that thanks to the baklava exports - which have added up to 130 tons since the beginning of the year - Turkey has pulled in a profit of $1,477,499.

By importing 36 tons of baklava since the beginning of the year, the U.S. became the first on the list of buyers, followed by the UAE, Saudi Arabia and Germany.

Azerbaijan, Iraq, Qatar, Georgia, Bulgaria, Israel, Jordan, Syria, Kuwait, China, Switzerland, Australia, the Turkish Republic of Northern Cyprus and Palestine are among the other countries on the list.

Business manager Levent Aktaş of Ayıntap Baklava, a 17-year old business in Gaziantep, also stated that they have customers from Qatar, Saudi Arabia and Dubai.

Marking that they produce approximately 2 tons of baklava a week and have exported 300 kilograms so far, Aktaş said: "We decorate baklava like embroidery. It's a handicraft in a way. We work meticulously on it and work hard to produce first-class baklava. From the pistachios to the flour, all the ingredients should be meticulously chosen."