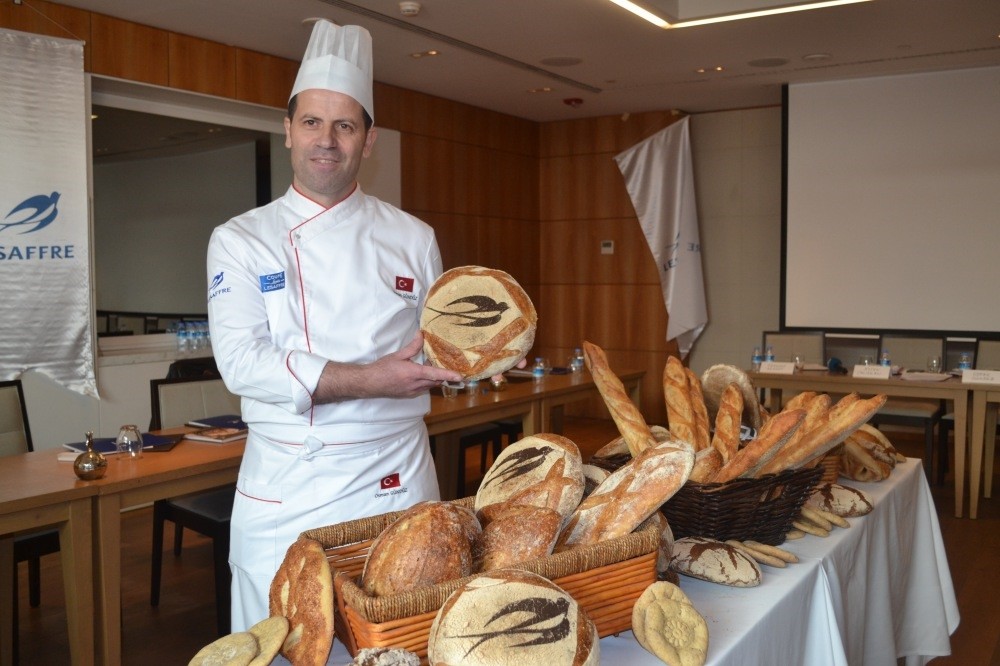 At the championship, which will be held in Paris from Feb. 3 to Feb. 6, 2018, as part of the European Show, the best bakers from Taiwan, Japan, Canada, the Netherlands, Australia and Turkey will compete in Nutritious Bread Making.

A member of the Turkish Bakers National Team, Osman Gürbüz, 41, will represent Turkey at Bakery Masters as the first Turkish baker attending the competition.

Working as a baker for 30 years, Gürbüz said he is proud of being the first Turkish baker attending the competition, to which he was invited via email in 2014.

Ranking first in the contest in Turkey, Gündüz was chosen to lead the national team. He also came first in a regional competition in 2015.

"Upon getting the news that I was chosen to compete at Bakery Masters, a contest that will bring together the best bakers of the world in Paris in 2018, I got really excited as it was the first time they invited a Turkish baker to the competition," Gürbüz said. "I'm so happy and proud. Now, my main aim is to do my best to be able to surpass the other five bakers competing in my category and promote Turkish bakers there. This competition contributed to me a lot. I developed my skill. I hope that I will succeed and win a place in the competition."

Organized for the third time, Bakery Masters will host competitions with the categories Nutritious Bread Making, Artistic Bread Making and Gourmet Bakery Products, in which 18 bakers will compete.