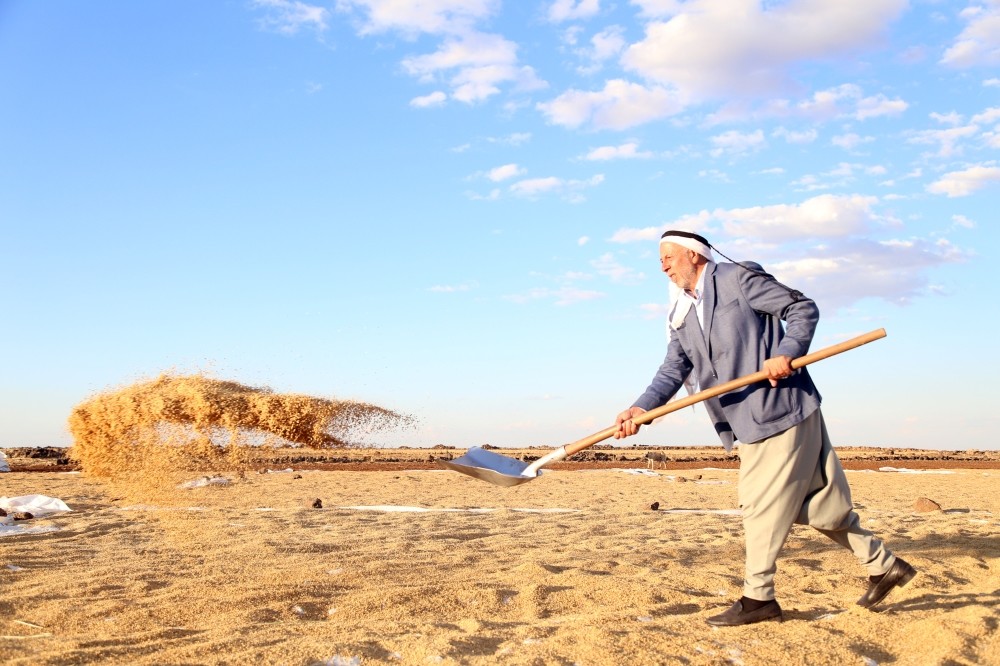 The most distinct feature of Karacau011f rice is that a glass of the grain needs three glasses of water while the rate is 1/1 for other types of rice.
by Anadolu Agency Nov 02, 2017 12:00 am

Exclusive to Diyarbakır, Mardin and Şanlıurfa, Karacadağ rice has won over the hearts of gourmets with its high protein level and exquisite taste

Grown with natural spring water on the foothills of Karacadağ Mountain in Diyarbakır, the area's famed rice is ready to adorn tables around the world. With its color, flavor and taste, Karacadağ rice especially appeals to the taste of the people in the region.

Karacadağ rice's journey to the table starts in March and April. The rice is fed by crystal clear water coming from snowmelt in the spring as fountains, small rivers and brooks serve as its irrigation.

The rice is planted in April, and after reaching maturity is harvested by hand and left to dry. After undergoing a final process in local factories, the rice is finally ready for sale. 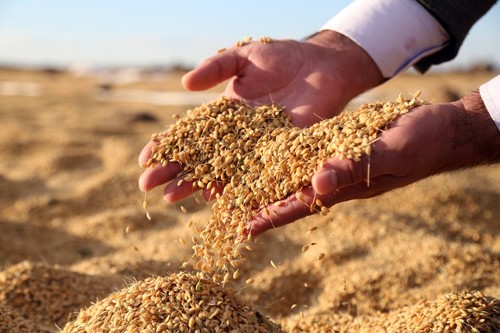 Planted in April, the Karacada€ rice is harvested by hand and left to dry after reaching maturity.

Speaking to Anadolu Agency (AA), associate professor at Dicle University's Faculty of Agriculture, Aydın Alp, said that between eight to 12 percent of a single rice grain consists of compound proteins at a rate that is much higher than those of other rice species.

Alp said that the most prominent feature of the medium-sized rice is that it appeals to the taste of the locals and that is why it is so popular in the region.

"The water absorption level of Karacadağ rice during cooking is higher compared to those of other rice species and you don't get sticky or pulpy rice while cooking. The high amount of protein and starch adds extra flavor," he said.

The academic said that the rice is grown especially in the Çermik and Kocaköy districts of Diyarbakır in addition to the Siverek and Viranşehir districts of Şanlıurfa, and in the Derik district and some villages in Mardin.

He explained the process the rice undergoes and that it is quite durable against the cold snowmelt.

"Karacadağ soil can be described as a layer of soil comprised of volcanic lava and deep stone layers. The profile of 5 percent of the layer, which is highly rich in terms of organic compounds, is not that deep. In other words, the composition of the soil layer is not suitable for production in two or three consecutive years. For irrigated land, the most suitable plant species is rough rice. The productivity of Karacadağ rough rice is around 450 to 500 kilograms per decare."Producer Hadi Güçler said that he has been growing rice on the lower reaches of Karacadağ Mountain nearly for 50 years and that they harvest it after months of nurturing and irrigating.

He explained that they used to harvest with hooks, but today they use special binders to collect the rice. Gülçer added that after harvest, they leave the rice to dry after laying it out. After that they take the dried rice to rice factories for processing.

"After the product is transformed into rice at the factory, we receive them in packages ready to sell. There is a confirmed demand for this rice by people who regularly consume it," he said. "There are many points that make Karacadağ rice different from other rice. For example, it preserves its taste even if it is left to the following day."

"Karacadağ can be described as a rice mine. The product is really abundant here," he added.

Owner of one of the local rice factories, İlhan Avcı, explained that Karacadağ rice has a long and demanding production process.

Avcı said that in order to make the process run smoother, every producer has their own storage room at the factory.

The most distinct feature of Karacağ rice is that a glass of the grain needs three glasses of water while the rate is 1/1 for other rices, Avcı said.

"When you prepare Karacadağ rice with butter, you don't need to serve it with meat as it is delicious enough on its own as a dish. For now, we sell it mostly to cities in our own region, but we aim to market it all around Turkey," he said. "We are negotiating with national markets. We hope to serve this delicious rice to tables across the world. After tasting it just once, we believe that everyone will want Karacadağ rice on their tables."