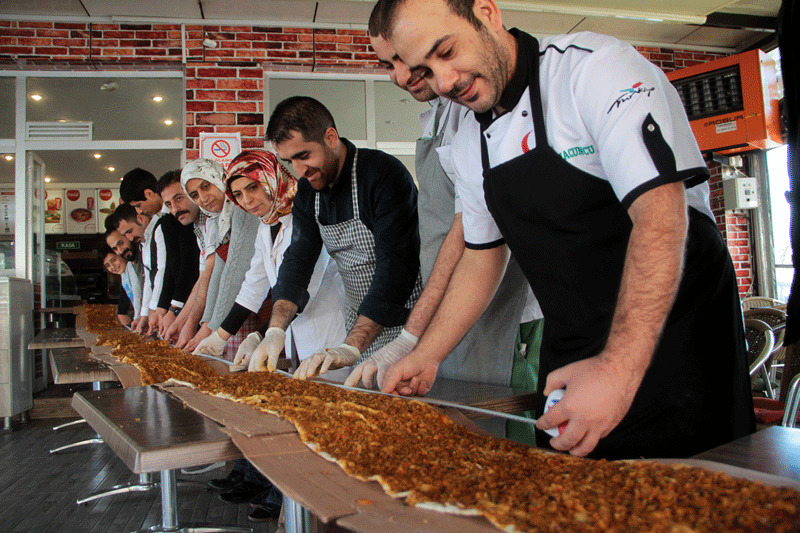 More than 20 chefs gathered together in Turkey's eastern city of Elazığ to create a 34-meter-long lahmacun, also known as "Turkish pizza" aiming to set a new national record for longest lahmacun.

Engin Altunbaş, who already set one record with 23-meter-long "pizza" in 2016, reportedly plans to take a place in Guinness World Records and introduce one of the most popular fast-foods in Turkey to the world. 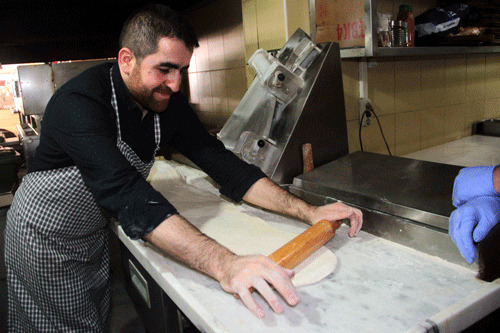 "We plan to break the Italian world record of 1,853 meter long pizza," said Altunbaş, explaining their goal to make a 2,023 -meter-long lahmacun in 2023 marking the 100th anniversary of the founding of the Republic of Turkey.

In 2016, more than 400 chefs from around Italy met in Naples to create a 1,853-meter-long pizza, breaking the record for the world's longest pizza.

Similar to pizza, lahmacun is a round, thin piece of dough topped with minced meat (most commonly beef or lamb), minced vegetables and herbs–including onions, tomatoes and parsley, and spices such as cayenne pepper, paprika, cumin and cinnamon—and then baked in natural wood-fired ovens.

The true origin of lahmacun is a mystery, although most agree it originated either in Turkey or Armenia. The two countries both claim creation, even though their traditional lahmacun recipes bear no resemblance to each other. 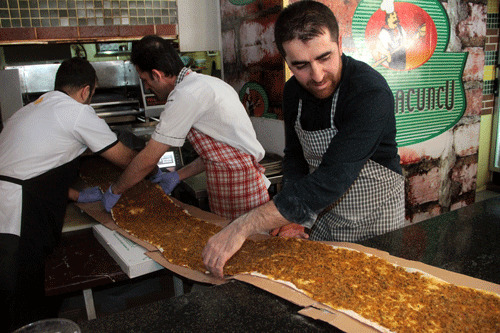