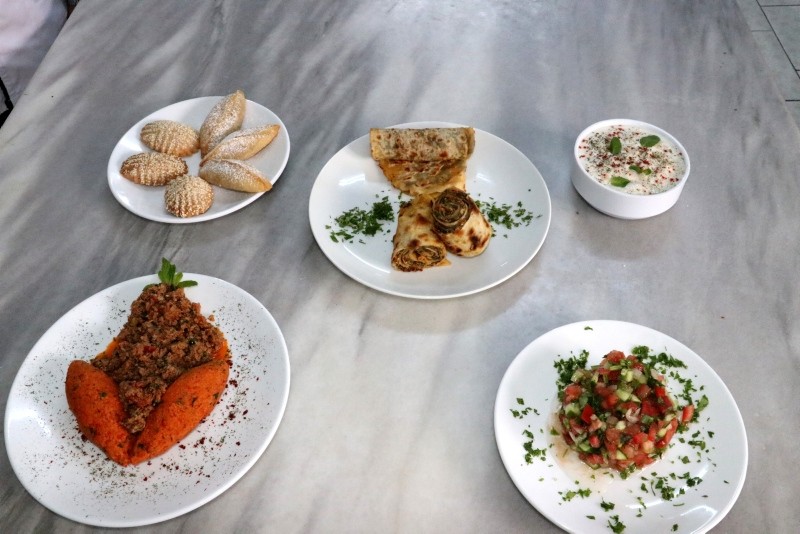 The cuisine of Hatay province, which was registered in the gastronomy section of the ‘Creative Cities Network' list by UNESCO and has authentic features as well as various, local dishes, will be promoted around the world

With more than 600 dishes and desserts, the cuisine from southern Turkey's Hatay appeals to everyone's tastes.

Now the Hatay Metropolitan Municipality is planning to promote the cities culinary riches with the world.

Hatay Mayor Lütfü Savaş told Anadolu Agency (AA) that the city, at the crossroads between Anatolia and the Middle East, has been home to 13 different civilizations and was an important trade center for centuries.

He noted that Hatay has rich cultural values thanks to the accumulation of different civilizations in its history. 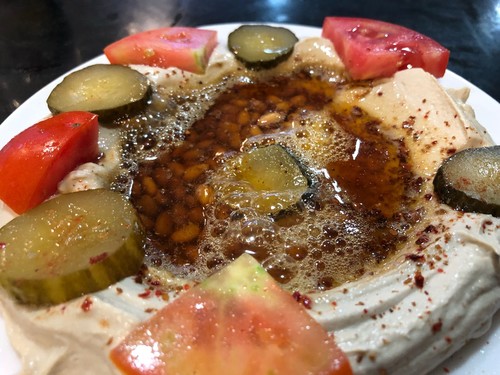 A local presentation of the Middle Eastern food hummus.

Savaş added that Hatay is a city that can appeal to anyone's taste with its culinary culture.

He said that they are working to introduce Hatay cuisine locally and internationally. "We live in a very important geographical location that is placed on the historic pilgrimage route. Thirteen different civilizations have lived here. We have a great past and a rich culture."

"Different food cultures have peacefully lived in Hatay. They have all taken inspiration from each other. Today, we have more than 600 dishes. It is impossible that they will be forgotten or not shared with the rest of the world," the mayor continued.

He said that they have been working since 2010 to make Hatay Turkey's gastronomy capital. Savaş reminded that the city was registered in UNESCO's Creative Cities Network list last year. 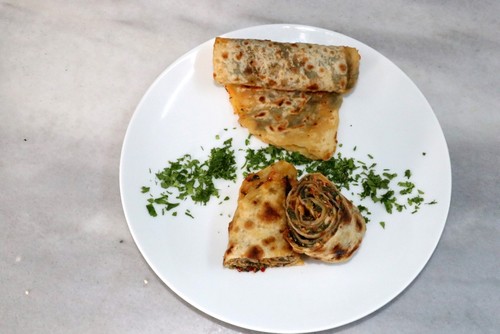 Pita with spinach, a food specific to Hatay province.

The city mayor said that they have introduced the tastes of Hatay in different cities around Turkey, by organizing "Hatay Days." They are planning to organize similar events in European and Middle Eastern countries.

He added that they further promote Hatay cuisine with advertisements and fairs. "The promotion of Hatay cuisine started with Hatay days in Ankara, Istanbul and İzmir. We are planning to hold similar events all around the world. We have an identity and we want to promote this identity."

Noting that it holds a special place in Turkey and the world, İnanç said: "We say Turkish cuisine and Hatay cuisine are different. Our cuisine blends Turkish cuisine. There are more than 250 breakfast items. We cannot offer all of these tastes because there is no one facility to prepare all of them. We want to document all these dishes and their recipes. There are even some forgotten dishes. As fast food become more common in today's world, this recipes cannot be transferred from mothers to their children. The world cuisine is mixed into the cuisine of Hatay. Our cuisine is yet to claim the place it deserves in Turkey and around the world."

He said that the people around the world are looking to experience new tastes. "There is a great interest in Hatay dishes. However, we do not have enough cooks or facilities to prepare these dishes. If we overcome these problems, I believe Hatay cuisine can earn huge recognition."

İnanç said they were organizing different events to promote Hatay cuisine in the Middle East and in European countries.