Turkish chef one of 10 top chefs inspiring the world 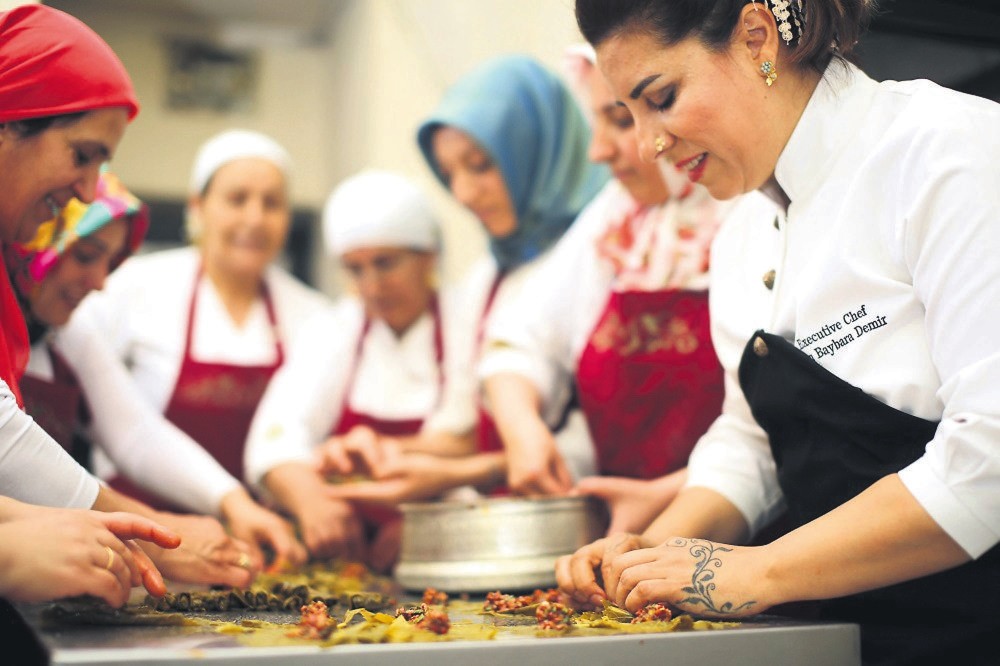 Ebru Baybara Demir, whose love of cooking was inspired by her native province Mardin, has advanced to the finals for the Basque Culinary World Prize for the second time

Ebru Baybara Demir, the founder of the restaurant Cercis Murat Mansion in Mardin province, has advanced to the finals for the Basque Culinary World Prize for the second time. The aim of the Basque Culinary World Prize, which is one of the most prestigious culinary prizes in the world, is to support the projects of chiefs who turn their creativity into social benefits.

Conducting many culinary-based projects, mostly in Mardin and nearby regions, to improve the lives of women, refugees, local farmers and children, Demir plans on using the 100,000-euro prize to develop a gastronomy institute to sustain traditional cuisine culture and provide women and children with an occupation if she wins.

In the competition, chefs turn the dish they prepare into projects to help their native regions. Chiefs from Peru, Denmark, Spain, Australia, Norway, Congo and America are also competing alongside Demir.

Dishes start in the soil

Though many across the country have migrated to Istanbul to start new lives, Demir went back to her hometown of Mardin at the age of 23 after graduating from an Istanbul university. She believed in Mardin and planted her heart in the land. She has also nurtured many brave hearts in the region. Being a source of inspiration for social enterprise projects in not only Turkey but also many countries around the world, including Japan, Demir was able to introduce Turkish cuisine and Turkish women to the world through the competitions she has won and says that the work of a chef does not start on the plate but in the soil.

"We, as chefs, are responsible for the health, sustainability and improvement of our harvest, land, farmers and crop conditions. I believe in not only the dishes we prepare but also satisfying way in which we are able to prepare them. My dishes are as much a social benefit project as they are cuisine," the chef said. 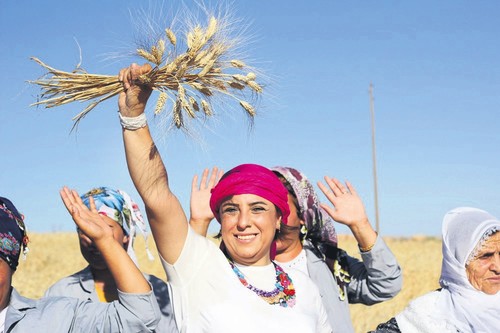 Demir emphasized that real seeds mean fertility for soil, healing for us and the future for the next generations.

It is all for the children

Changing the lives of women in Mardin, Demir started new projects to create a sustainable source of income from the land as the city, which has a population of 800,000, welcomed refugees. She made Mardin's citizens a part of the From Land to Plate project, which includes seeds, harvests, economy and waste management. In this period, she introduced a way for both local people and refugees to work with Sorgül, which is named after common wheat raised in Mardin. The chef recognized that the soil cleansing methods and the information about dry agriculture without fertilizer is more accessible in Syria, even though the country is developmentally 70 years behind Turkey. Then, she introduced a project about the revival of Sorgül and with the participation of female refugees, put their agricultural knowledge into practice. The project aimed to use the information gathered from Syrian women to contribute to the agricultural policies and quickly became the biggest local seed project in Turkey. In the projects, which are supported by the Food and Agriculture Organization of the United Nations (FAO), the United Nations High Commissioner for Refugees (UNCHR), the Food, Agriculture and Livestock Ministry, and the Labor and Social Security Ministry, 350 women were employed for a six-month period. Another aim of the project being conducted with four From Soil to Plate Development Cooperatives is contributing to social integration and the employment of local women and female Syrian refugee farmers. It is predicted that occupational and on-the-job training activities in this context will be conducted with From Soil to Plate Development Cooperatives, as well.

Providing culinary education to 160 people in Harran, Demir completed the on-the-job training of six women who later went on to work as trainers at Eataly in Istanbul. Three of these women still work at Eataly. Women who are illiterate and work harvesting cotton as traditional family workers gained national and international experience by attending the Sirha Gastronomy Fair, which was organized in Istanbul and Lyon, France, and won recognition with the local foods that they prepared there.

Remarking real seeds mean fertility for soil, healing for us and futures for our children, Demir also tries to sustain the fertility of the region with projects titled "Living Soil, Local Seeds," "Life Continues with Bees," "Bread Workshop," "Aleppo Soaps," "Waste Management," "Our Common Language is Soil," "Children and Agriculture" and "Cercis Murat Mansion Culinary School" along with "My Life is a New Spring Foundation" and the Şükraan Foundation for Supporting Agricultural Development and Social Improvement, which she founded.