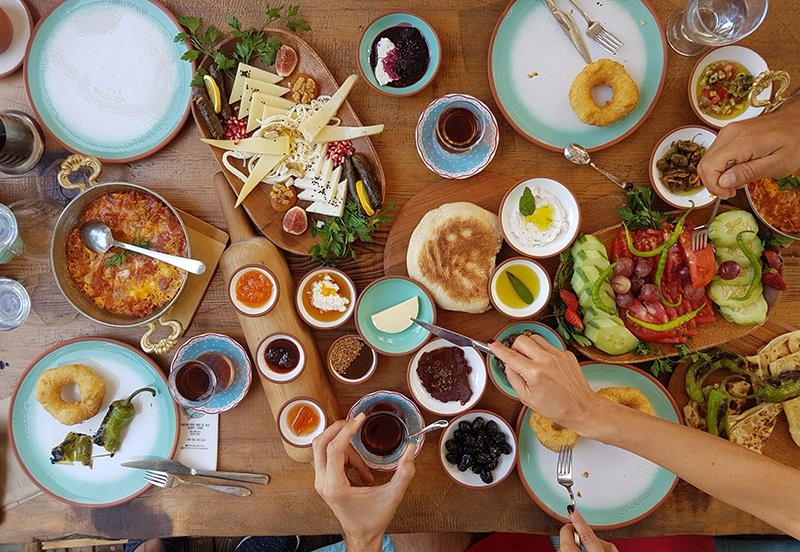 Vedat Milor, one of Turkey's most famous food critics and TV personalities tried to end the biggest discussion in the country's gastronomic sector once and for all by posting a poll on Twitter that attracted over 330,000 people in less than 20 hours.

Thousands of Turks voted on the poll to finally decide whether the traditional Turkish dish menemen, which includes eggs, tomato, green peppers, and spices such as ground black and red pepper, should be made with or without onions.

"Maybe we cannot save the world via Twitter, but at least we can end our biggest gastronomic problem (!) now. Should menemen be made with or without onions?" he asked, collecting over 30,000 votes in one hour.

But the answer didn't seem that simple as people were split 50/50 on the issue until the very last seconds.

Milor took to Twitter to announce the results, saying he had not expected such a poll to gather so much attention. He also tweeted that he would release his own opinion on the great Turkish food debate via video later on.

The addition of onions is often debated and it is more common when menemen is not eaten at breakfast but as a main dish. Some Turkish cooks insist that a proper menemen cannot be made without onions.