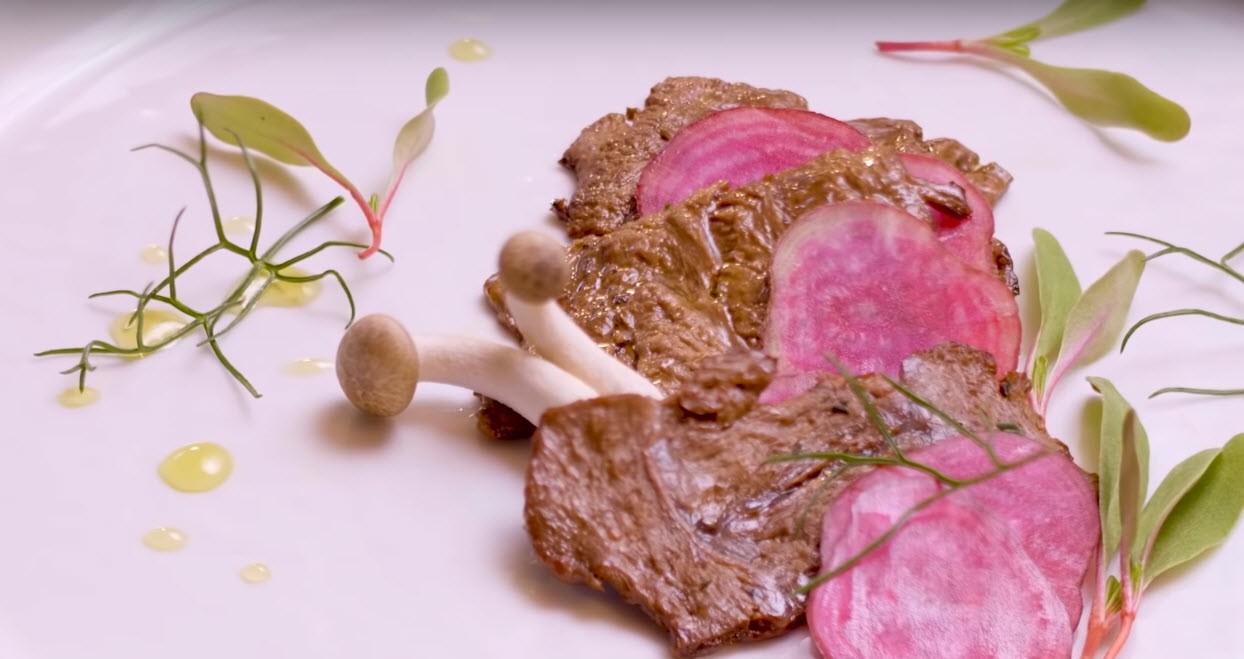 The first meat-free steak grown in a lab has been produced in Israel, but its creators say it needs a bit more development on the taste.

The steak was produced out of several cell types grown on a scaffold by Aleph Farms and has a muscle-like texture similar to conventional meat. However, it will need at least three to five years to go on sale in markets, according to Didier Toubia, co-founder and chief executive of the company.

"It's close and it tastes good, but we have a bit more work to make sure the taste is 100 percent similar to conventional meat. But when you cook it, you really can smell the same smell of meat cooking," he said.

Noting that the cost of a prototype was not very expensive — $50 for a small strip, compared to the $282,480 first lab-grown beef burger produced in 2013 — Toubia added that once the product enters the commercial market the price will come down.

Although plant-based products are seen as an alternative to conventional animal-produced meat amid a movement to reduce the amount of meat people eat, Toubia believes the consumption of meat will not change considerably.

"Today, over 90 percent of consumers do eat meat and we think the percentage of vegetarians will not grow significantly despite many launches of plant-based products," he said.

Recent studies have revealed that a reduction in meat consumption is essential for cutting greenhouse gas emissions and avoiding dangerous climate change. One study even found that the most important step that a person can take in order to contribute to the protection of the environment is to avoid meat and dairy products.

Commenting on the study, Toubia said one way to have an impact on the environment is to "solve the issue of production, and grow meat in a more efficient, sustainable way, with no animal welfare issues and no antibiotics."

However, several indicators show that lab-grown beef may not be a very healthy and environment-friendly alternative to traditional meat.

Marco Springmann from the University of Oxford told British daily the Guardian: "Although the technologies are evolving, there is no indication that lab-grown meat is significantly better for the environment and health than existing alternatives to beef. The latest reviews have put the emissions of lab-grown meat at several times that of chicken and far above any plant-based alternative, in particular due to the large energy inputs needed during production."