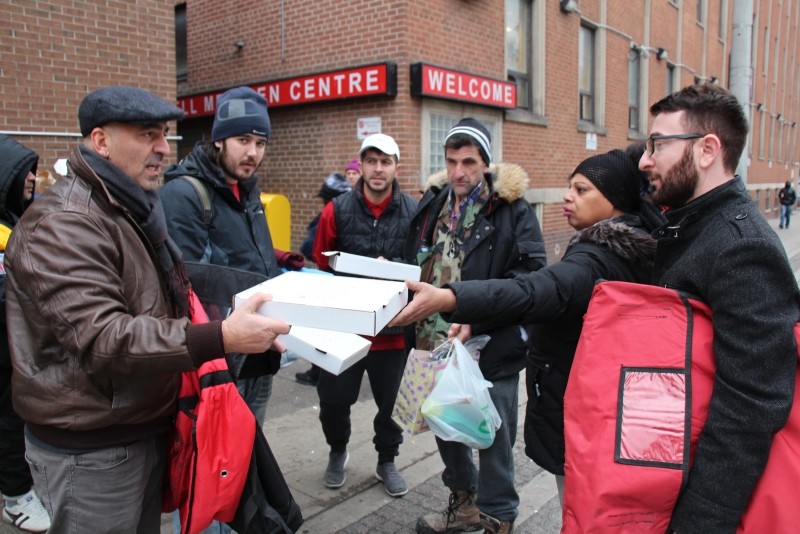 A Turkish pizza maker living in Canada distributed food and winter clothing to the homeless.

Zeynel Arı, who became famous for his wood fire pizzeria in the city of Toronto, fed and provided the winter wear to the people living on the streets and in shelter homes.

Arı told Anadolu Agency that he has made it a tradition extending support to the homeless since 2016.

Together with his team, Arı prepared pizza for 150 people starting at the wee hours of the day and distributed it to those in need, saying: "Supporting and helping people is part of the Anatolian culture."

"Every Saturday, we take our pizza to the areas where the homeless and needy stay or live. I'm going to continue [this tradition] as much as I can," Arı said.