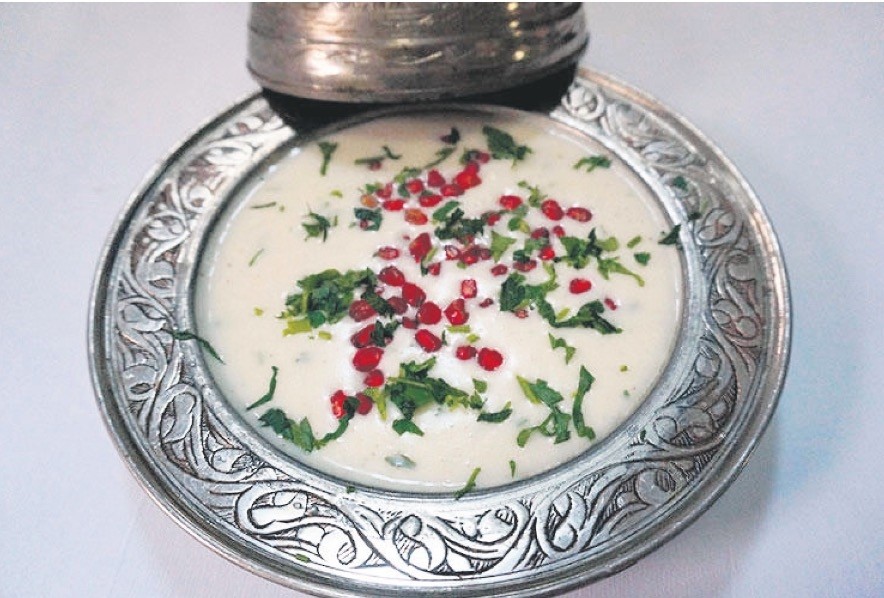 The forgotten tastes of Ottoman tables have been brought to light through the joint work of Edirne Municipality and professionals from the city's tourism sector.

After months of archival research, some old recipes of the Ottoman palace were found. These recipes, obtained from historic documents, were given to cooks who revived the forgotten tastes.

Many dishes, including tuffafiye, one of the favorite desserts of Sultan Mehmed II who ordered for it to be made at a feast after his sons Bayezid II and Mustafa's circumcisions, almond soup and ballı mahmudiye, which Sultan Süleyman I wanted for the circumcision feast of his sons Cihangir and Bayezid, came to life again in Edirne province.

Following the cooks' lead in the city, restaurants started to give a special place to these hidden tastes of the Ottoman Empire, which made a name for itself in the world with its culinary culture.

Aydemir Ay, a tourism consultant for Edirne Municipality, said in a statement that meals and desserts which were always on the tables of the sultans and offered to the public and participants at big feasts organized in Edirne, come to the forefront with their tastes. Ay said that they aim to transfer the Ottoman palace cuisine's hidden tastes to the present day in their original forms.

Explaining that the gastronomy of Edirne is based on Ottoman tastes, Ay continued, "The most important gastronomic elements of Edirne, which is a city that is 8,300 years old, are found in the Ottoman palace kitchen. As a result of the work we have done here, we try to prepare the menus in the Edirne palace feasts, which comprises of tastes belonging to the Ottoman palace kitchen, again. They are based on historical sources and documents. We translate from Ottoman to Turkish and transfer the tastes to the present. Among these dishes and desserts, Mehmet II's favorite dessert tuffafiye takes place. Although he was a sultan who ruled the whole world, he enjoyed very simple and delicious food. Ballı mahmudiye is a meal made of chicken and honey. We found the recipes of these meals from the record of feasts and ceremonies in Edirne. They were forgotten for a long time. We brought them light with some works."

Fatih Kaşkavalcı, a manager of a restaurant in Edirne, indicated that they added the historical dishes to their menus.

Noting the works that they conduct under the leadership of Edirne Municipality continue successfully, Kaşkavalcı stressed, "There is a serious research and development work that has been conducted for three months. We carried out important works to reach the tastes of those times, trying the recipes that we obtained from the archives. We give a place to these meals in our menus to revive the gastronomical tourism of our city. Thus, our guests will be able to taste 500-year-old meals. We will contribute to tourism in Edirne, as well."

Tuffafiye is prepared after one cup of water and two cups of sugar are boiled together and peeled-grated apples are added. The mixture is syrup-like.

In ballı mahmudiye, chicken is cut in cube shapes and fried with butter on the stove. Two spoons of honey, dried apricot, dried grapes, almond kernels, lemon and spices are also added to the chickens, which continue to be fried after onions are put on them. The dish is then cooked for half an hour and served with dill