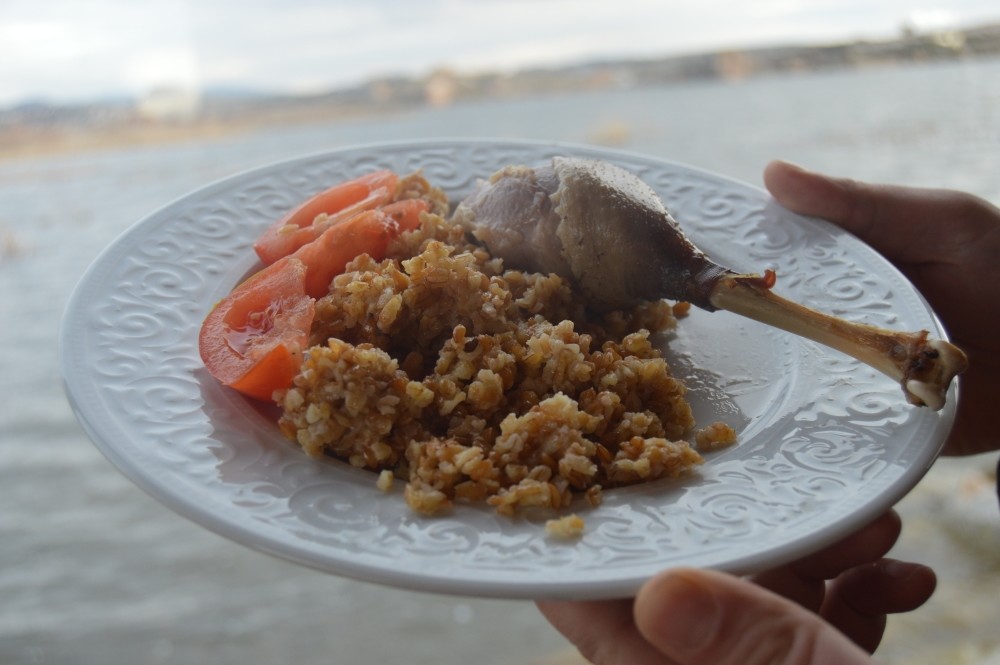 The Phrygian Valley, which covers a large area spanning Eskişehir, Ankara, Kütahya and Afyonkarahisar provinces, offers unique dishes for local and foreign visitors made from einkorn wheat, one of the symbols of the region, and goose.

Thanks to excavations, researchers have discovered that Phrygians used einkorn and goose in their traditional dishes. Taş said, "We have learned from the archaeologists, who found goose-like toys, that geese were numerous in the region at that time and often eaten."

Noting that they have started raising geese and growing einkorn wheat to reproduce the traditional Phrygian dish, Taş stressed that the new dish is now being offered at a social facility near Lake Emre in Phrygian Valley.

He highlighted that their aim is to revive tourism in the region and to introduce the food culture of the region, which dates back 3,000 years, to local and foreign tourists. Taş said: "We rediscovered a unique combination when we mixed einkorn, which has now been produced in our district for two years, and goose. This tasty meal, cooked in our facility, attracted the attention of citizens in the district. We want every visitor in our region to try it. I believe that those who visit our region, which has reached an important point in terms of tourism, will enjoy this dish inspired by Phrygian culture."

Aziz Ahmer Özdemir, a chef at the social facility in the valley, said they want to use the dish to contribute to the promotion of the region.

Mentioning that goose is actually used in cuisines worldwide, Özdemir added: "Phrygians raised geese in the region and produced einkorn. We sustain this tradition in our district. We prepare our food in modern and natural conditions in a healthy way. We recommend everyone to try this new dish."

The head of Afyon Kocatepe University's Archaeological Department, Ümit Emrah Kurt, emphasized that some of the bird-like figures found during excavations are excellent examples of Phrygian art. Kurt stated that bird species played an important role in the life of the public of that period.