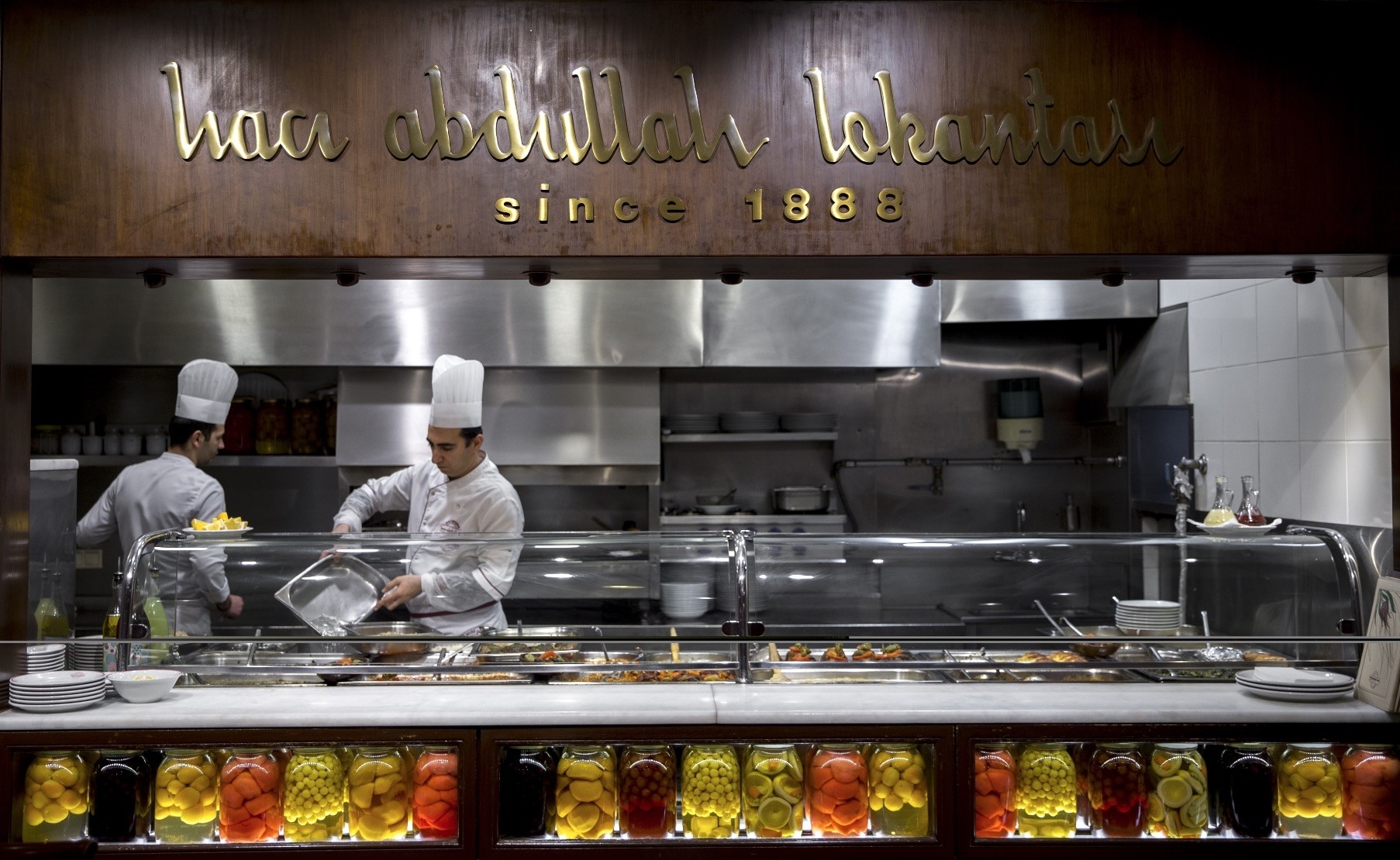 Ottoman cuisine has been sustained for 131 years in the restaurant opened by chef Abdullah, one of the best cooks of the palace kitchen during the reign of Sultan Abdulhamid II

Hacı Abdullah Restaurant's story started when the indispensable meals of the Ottoman palace were offered to the public. The restaurant has managed to stay open until today, transferring the tradition from master to apprentice for 131 years.

The century-old history of the restaurant, which is a follow-up of ahi culture, began when Sultan Abdulhamid II ordered chef Abdullah, one his favorite cooks, to share the palace's cuisine with the people in 1888.

Master chef Abdullah named the restaurant, which he opened with the sultan's order in Rıhtım Street in Kadıköy, "Victoria." Later, the locals started calling it the "Restaurant of Abdullah Efendi." Foreign officials and dignitaries who visited Istanbul would dine here. 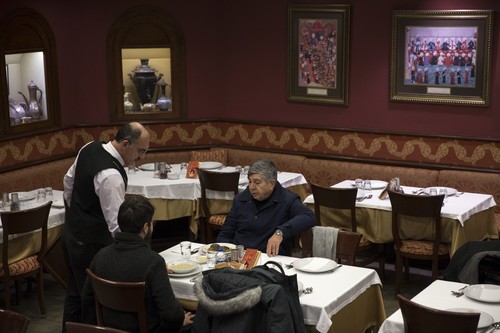 Customers of the restaurant have enjoyed the same cuisine here for years.

Continuing to serve the people until 1910, the restaurant was transferred to Beyoğlu district from Kadıköy in 1916. After its operator passed away, his nephew Hikmet Abdullah took over the enterprise. After Hikmet's death, it was operated by his sisters and their children. Later, it took the name of chef Salih, the cook who worked with Abdullah Efendi.

Hacı Salih Restaurant, which reflects all features of the Ottoman-Turkish cuisine, was moved to another location in Beyoğlu again in 1958. It has remained there ever since. After some time, Hacı Salih left the restaurant in the hands of his newly trained apprentices.

The restaurant continues to offer the same tastes since the day it opened. Turgut Gülen, the fourth generation manager of Hacı Abdullah Restaurant, told Anadolu Agency (AA) that he is the son of Mehmet Gülen, one of the four partners of the restaurant.

"We are the continuation of Abdullah Efendi Restaurant, which was opened with the order of Sultan Abdulhamid II in Kadıköy's Rıhtım in 1888 to host foreign guests," he said.

Gülen said it was difficult being a 100-year-old brand. "We continue to work hard to increase the brand value of the restaurant," he said.

He noted that the products that they use, such as meat, vegetables and fruits, are all chosen very carefully. "Almost 90 percent of our meals are prepared in copper pots. We think that the meals cooked in these pots are more delicious and authentic. Our guests feel the same way."

He explained that the current chefs learned the trade from the uncles or fathers who used to work at the restaurant. "We do not have a problem as all of our chefs have the same taste." He added that they gave up the chance of earning a lot more money in order to provide the brand value.

"Hacı Abdullah Restaurant has never been money-driven. The biggest priority of our fathers and uncles was to introduce the Ottoman and Turkish cuisine and to host guests visiting our country in the best way possible. Our fathers never thought of turning it into a franchise because they were sure that this taste, sensitivity and healthy nutrition could not be transferred. We could earn a large amount of money. However, they decided against franchising. The story of our success comes from our intention of sustaining our reputation," he said.

Gülen added that they have no other branches in Istanbul, however, a restaurant of Hacı Abdullah's third-generation family members is located in Ankara.

"As the sons of the partners of this restaurant, they do not plan to sell this enterprise," Gülen said. "We will sustain the heritage of our fathers. We hope to leave this place to our children, as well. We need such places in our country. It is so important for us and our country that visitors are hosted get the best of Turkish cuisine here and talk about our place when they return home."

"I want to share a story. Recently, one of our guests visited our place after almost 45 years. He said, 'After living abroad, I moved to İzmir. When I returned to Istanbul, I wanted to see this place again. I sat at the same table that I had sat in 45 years ago and tasted the same cuisine.' He also mentioned this to his grandchildren. Also, a woman took the first step in her marriage here at this restaurant. She came with her children and showed them the table where their father had proposed her. We are so happy to experience this," he said.