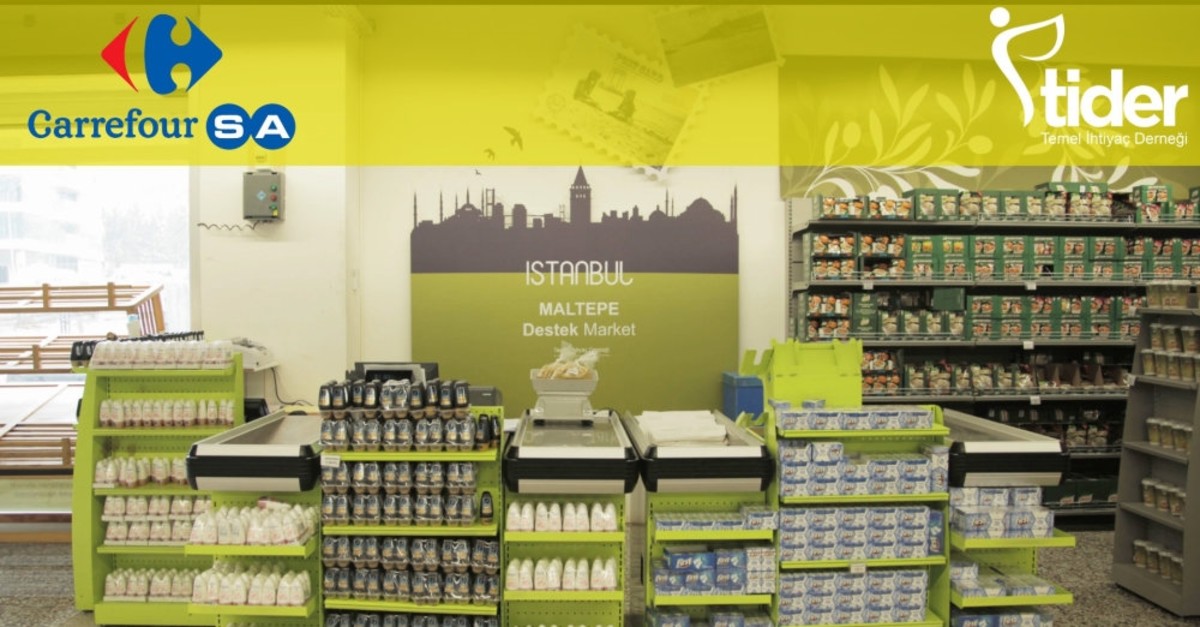 ,Support Market, by Tu0130DER in Maltepe, Istanbul offers basic needs for people living under the poverty threshold for free of charge.
by Miraç Tapan Feb 27, 2019 12:45 am

In an unjust world, poverty can only be beaten by lending a helping hand to people in need. One way to do this is to stop tons of food from being tossed in the garbage every day; food banks in Turkey are aiming exactly to do this

The world's 26 richest people own as much as the poorest 50 percent.

The World Inequality Report 2018 showed that between 1980 and 2016, the poorest 50 percent of humanity only gained 12 cents in every dollar of global income growth. In contrast, the top 1 percent took 27 cents of every dollar. These numbers might come as a shock to you but in fact, this is the reality of the world we are living in. It is estimated that every year 3 million children die due to malnutrition, while obesity and related health problems claim 4.5 million lives every year around the world, which is equals to almost 7 percent of all deaths.

Poverty not a destiny

Unfortunately, life does not offer us equal chances. Some of us are even having a hard time accessing basic needs to continue with our lives. In an unjust world, it is important to share what we have with those who are not as lucky as we are. However, offering a helping hand to people has proved to be unsustainable as we are far from ending the deaths of millions of people due to malnutrition. To have a permanent solution and enabling economically disadvantaged individuals' access to their basic needs, including food and personal hygiene products, almost 30,000 food banks across the globe distribute 540,000 tons of food to 6.5 million people every year.

Although the food bank concept is relatively new in Turkey, it has been a practice that has been carried out for decades around the world. The father of the food bank idea is John van Hengel, who decided to found a charity to collect food close to its expiration date and deliver it to people in need. The food bank idea, whose foundation was laid in the 1960s, is now the frontier of not only the fight against hunger but waste as well.

Turkey's first food bank was initiated by Temel İhtiyaç Derneği, as the Basic Needs Association (TİDER) in 2010 under the name of the Food Bank Association. With this initiative, TİDER became the umbrella organization for Turkey's food bank network, introducing those in need to those who want to help to stop poverty.

However, offering basic necessities to those in need is not a very sustainable cycle. In 2015, TİDER opened its first Support Market in Istanbul's Maltepe district and initiated a new branch where the organization educates underprivileged individuals so they can find jobs to further sustain themselves and their families. 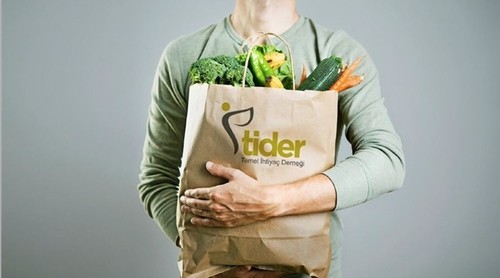 TİDER is a nongovernmental organization aiming to end poverty by minimizing food waste.

Today, TİDER offers free access to basic needs for people living in the poverty threshold while enabling people to find employment with short-term education and training. Since its foundation, almost 80,000 people received basic need products from food banks registered in TİDER. More than 35,000 people shopped at the Support Market and 82 people have found employment through the organization.

Considering that 22 percent of Turkey's population is living under the poverty threshold according to data provided by TİDER, the efforts of food banks cannot be ignored.

Though the efforts for making basic needs available for everyone are important steps to end poverty around the world, they are not enough. In Turkey, 325,000 tons of food is believed to have been turned into waste before arriving on people's tables. In Istanbul alone, 4,000 tons of food becomes waste. To be able to stop food waste and end poverty, TİDER has joined forces with Turkey's government, big food suppliers and banks to use all the food we produce without turning it into garbage.

Unfortunately, it is estimated that up to 30 percent of the food products are wasted during the distribution chain. To go to the root of the food waste, it is important to reach out to the producers and enable them to bring their products to customers with minimum waste. Food waste, however, does not only take place in the agricultural food chain. Packaged food products available via markets are also destroyed before they expire; hence, it is important to make use of the products whose shelf life has expired but are still safe to be consumed. Speaking during the 1st Food Bank Summit in Istanbul on Feb. 21, a Carrefour Turkey executive said that by teaming up with food banks, the market chain managed to prevent 500,000 tons of food from becoming waste. The main concern is to prevent the destruction of food that is still consumable and supports the natural cycle of nature.

These packaged products, which are supplied by TİDER'S partners, are primarily sold at the Support Markets, which aim to provide basic needs for people living under the poverty threshold.

According to the report released by the Food and Agriculture Organization (FAO) on Feb. 22, with the biodiversity of plants cultivated for food shrinking, the global population's health, livelihoods and environment are under severe threat. In a world where our food sources are in danger, it is important to create a sustainable cycle to make use of every bit of food. Although the food bank's primary concern is to deliver food to the those in need, it also aims to create a sustainable food chain so that everyone's basic needs are met.

Speaking at the 1st Food Bank Summit, professor Nilgün Cılız, the director of Boğaziçi University's Sustainable Development and Cleaner Production Center, said, "Zero waste has to be our lifestyle." According to Cılız, the primary concern should be not to create waste - but if there is no choice, the waste must be recycled.

As a part of their food bank work, TİDER also aims to prevent waste before it ever occurs. According to their zero waste chart, the nongovernmental organization aims to work hand in hand with food producers, wholesalers and retailers and collects the products they cannot sell anymore and brings them to the people in need through food banks. If the food is not suitable for human consumption, it is delivered to animal shelters. Even if the food cannot be consumed by animals, the organization sends the waste to the biogas facilities where the waste is turned into energy.

There is no denying that most of the world is fiercely fighting poverty, but more needs to be done. Our world is coming to a point where it cannot sustain itself without further help. Consider that perhaps there is a family two blocks from your house who cannot even afford a loaf of bread. To help the planet, as well as lend a hand in the fight against poverty, we can all start by helping our neighbors. In the end, help starts near home.