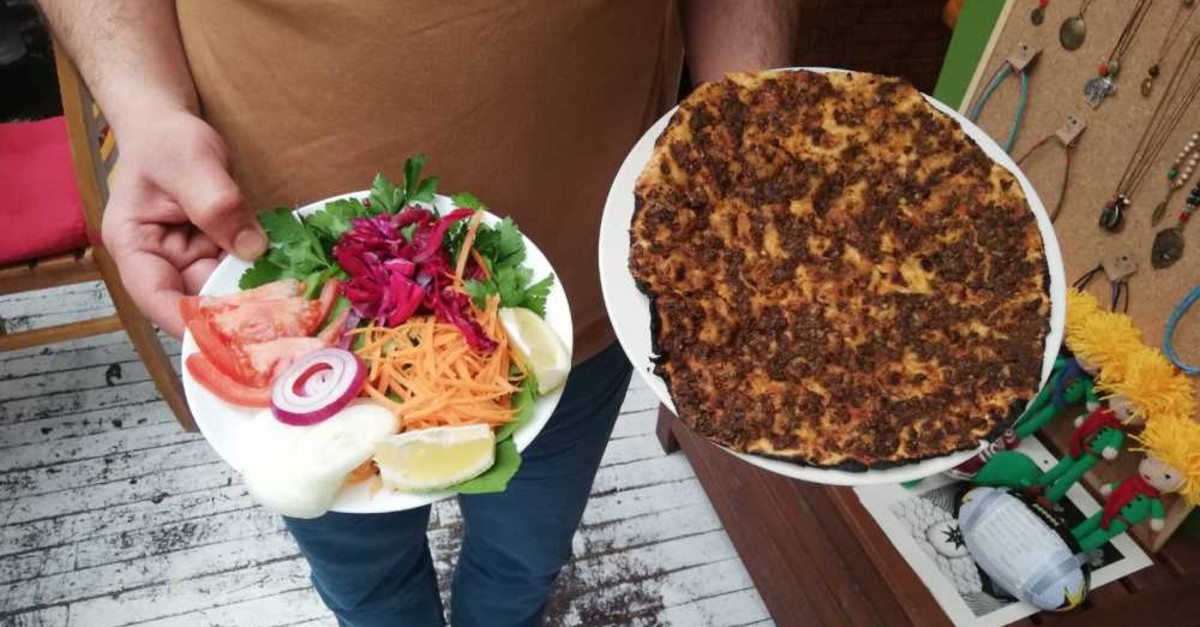 The term fast-food might bring America to mind but no one can beat the Turks when it comes to the most delicious fast-food. Whenever you need a quick and satisfying bite to eat, you can stop by a pide restaurant where you can order a single lahmacun and call it a day.

Lahmacun which is also called "Turkish pizza," is the perfect combination of minced meat, vegetables, spices, tomato sauce on a thin and slightly crispy dough. Cooked in a stone oven, a single lahmacun is highly satisfying not only for your stomach but also for your nose as well.

Lahmacun is certainly not a vegan-friendly fast food yet this did not stop a restaurant owner and entrepreneur in Ankara to come up with a vegan-friendly lahmacun recipe for vegans to enjoy.

Yılmaz Angay makes his vegan lahmacun with linseed, tomato, onion, lentil and other vegetables to look and taste just like the original lahmacun. The vegan lahmacun has become such a hit that it is popular even with non-vegan customers.

Speaking to the press, Angay said: "People who usually eat meat love vegan lahmacun. Some of our customers even say that they could not even tell this was a vegan lahmacun, if they did not know. The idea for vegan lahmacun came out of demand. Newly converted vegans sometimes have urges to taste the food they use to eat and lahmacun tops the list. Due to demand, we started to make vegan hamburgers and such but vegan lahmacun became a hit. It is much more nutritious than the original lahmacun and people love it."

Vegan lahmacun has become so famous that those who want to taste it travel to Ankara from other cities.