The art of grilling: Mangal, the Turkish BBQ 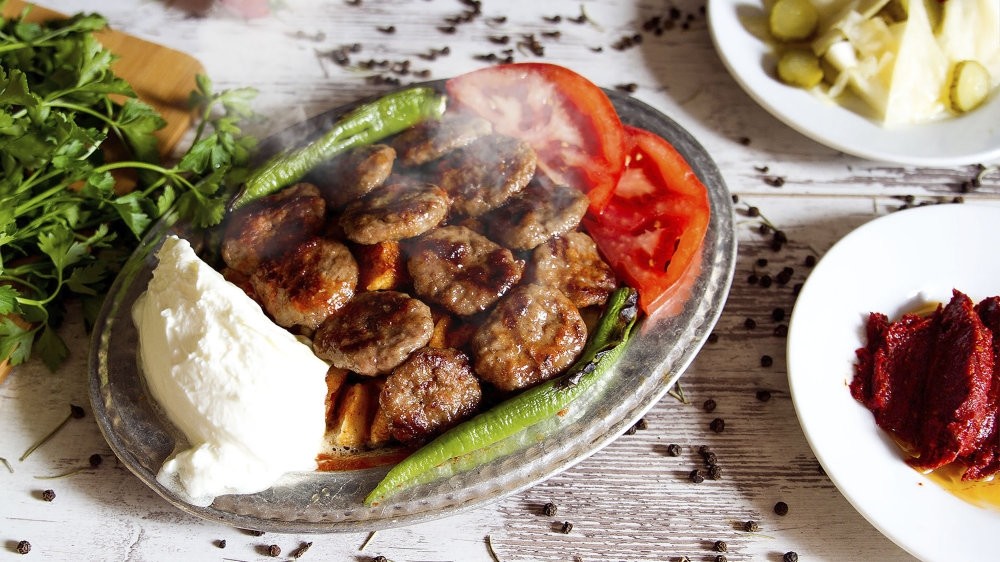 Cooking and eating are two rituals that hold a special place in the hearts of Turks, but there is one special ritual that brings family, and friends, around the table: Mangal, the Turkish barbecue

Food is serious business in Turkey. You do not want to mess with Turkish people's food or interfere with the cooking process, as each and every step of cooking in a Turkish kitchen is a tradition, a kind of therapeutic engagement. There is no denying that Turkey is famous for its cuisine; in fact, cuisine defines its different regions, even cities. However, there is one common thing in Turkish cuisine that has a special place in everybody's heart: Mangal, the Turkish barbecue.

Mangal is a ritual in Turkey. It is an excuse to get together with your loved ones around a table and engage in lovely conversations while eating the best-grilled food of your life. First of all, Turkish barbecue is often the star of picnics, whether it is a nice summer day or snowing, and when the coal starts to burn, everybody has a specific duty to fulfill if they want to be served.

Lighting up the fire and cooking the meat, whether it is beef, chicken or fish, is the duty of the male party in the group. While certain male family members and friends keep the fire going, the other men in the group are usually keeping an eye on the meat, making sure it is succulent and not overcooked. Coal takes longer to burn but, in the end, that is the whole point. While the barbecue maker sweats in the smoke, it is also a joy for them to spend time around the barbecue because it is a job to be proud of. Why? Well if the meat is cooked perfectly, the barbecue makers get to take the credit!

GRILLING NOT THE ONLY JOB

The rest of the group is in charge of the whole "Operation Mangal." The mangal might be the star, but there is a lot to do before sitting around the table and enjoying the grilled treats. While the fire is reaching the perfect temperature, the meat must be prepared. If the menu features a type of kebab, the participants have to knead the kebab to coax out the best flavor. If it is chicken, it has to be marinated in a special sauce of spices and tomato paste for the best results. Fish, however, is the trickiest one. If it is a big fish, it has to be cleaned and if it is small, such as Black Sea anchovies, or hamsi, they have to be well marinated.

Turkish barbecue is not complete without some delicious salad. Those who are in charge of the salad have to wash the ingredients and chop them for a big bowl of vegetables. The most preferred salad to accompany the Turkish barbecue is "çoban" (meaning "shepherd" in English), which is a combination of tomatoes, red peppers and onions with plenty of virgin olive oil.

Drinks are also important. Whether it is şalgam (turnip juice) or ayran (yogurt thinned with water with a pinch of salt), the glasses should never be empty. While soft drinks fill up the glasses, tea is also an essential part of the Turkish barbecue. The tea is even brewed long before the meat is on the fire.

When it is time to finally, enjoy the meat, the table is set, and the meat is distributed to the whole party. The barbecue makers, however, often prefer not to join the table, but to eat right next to the barbecue, both to look out for the rest of the meat cooking and to eat the delicious meat while it is still hot.

At this point, if you think the Turkish barbecue is over, you should think again. When the meat is done and the coals are about to burn out, it is time to put the onions, tomatoes and potatoes on the fire. When the potatoes are ready, they are either eaten alone or as "kumpir," as baked potatoes stuffed with butter, salt, cheese and any other ingredients you can imagine.

A classic barbecue during a picnic lasts for half a day. Once the barbecue is over, tea is served again, and everyone sits back to digest all things they have eaten, accompanied by lovely conversation. If the barbecue is taking place at home, it takes about two to three hours. But beware: When you are invited to a Turkish barbecue, make sure you go hungry, very hungry. 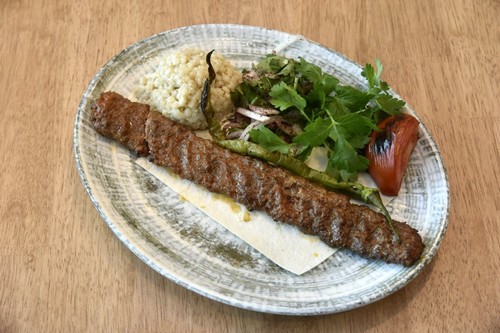 How to cook: Mix all the ingredients, except for the bread, and chop them into fine pieces in the food processor. Marinate for one hour in a cold environment, preferably in a fridge. Make oval, flat kebabs and grill over charcoal one by one or shape them around wooden skewers, but keep in mind this method requires a lot of time and skill. Brush with oil and rotate over the fire until cooked through. Serve them with the bread slices on the side or placed directly on top of them. Bon appetite! 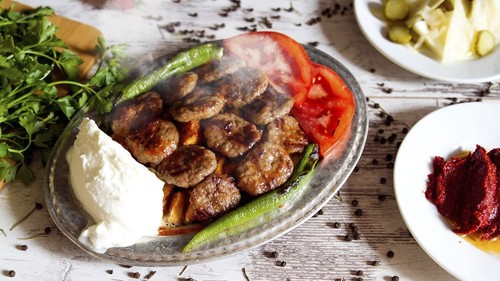 Ingredients: 250 grams of minced beef or lamb, a pinch of black pepper, red pepper, salt and cumin seed powder, an onion, breadcrumbs, little bit of olive oil and an egg.

How to cook: Mix all the ingredients, except the egg. Knead them well and once everything is mixed, add the egg and knead some more. Give the meat shape and put the meatballs on the grill until both sides are thoroughly cooked. 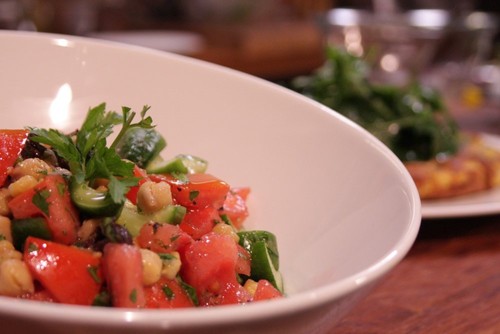 How to cook: Chop the cucumbers into small pieces and do the same with the tomatoes and peppers. Roughly chop a handful of parsley and add it to the serving plate with the onions and mix it up. Dress the salad in lots of olive oil and lemon. You can also use pomegranate syrup instead of lemon.