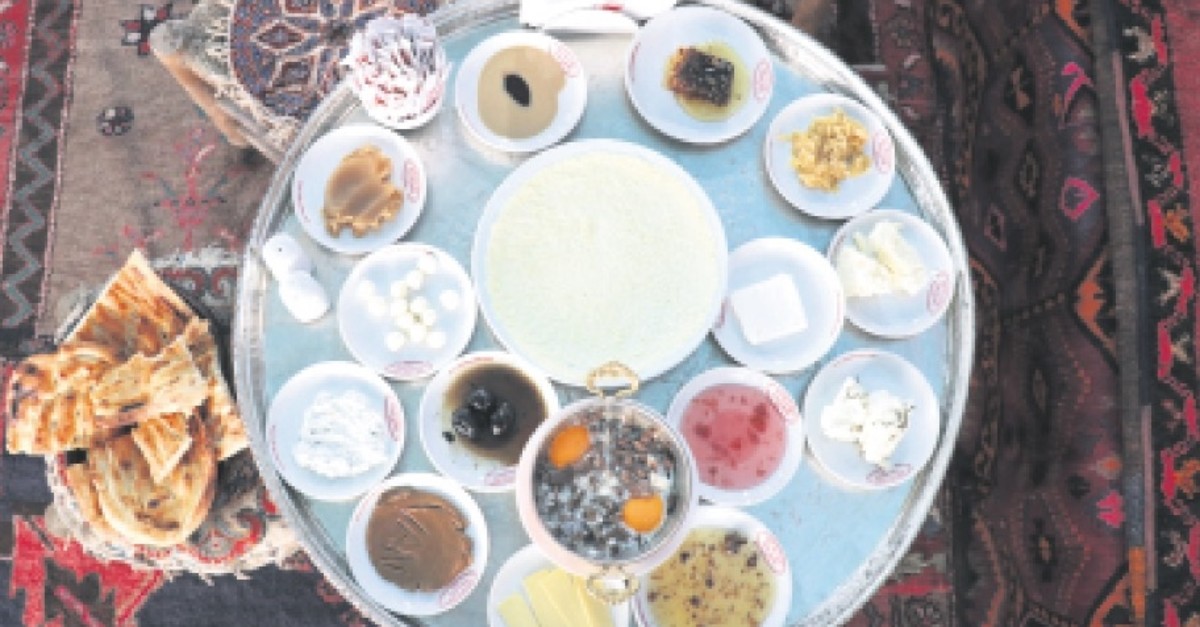 The lavish breakfast dishes of Van, an eastern city nationally known for its cuisine, may make it onto the UNESCO List of Cultural Heritage. Locals want recognition to promote the "Van breakfast" internationally and to draw those with an appetite for local dishes.

Local authorities launched efforts to recognize the breakfast that is a feast for the eyes and draws people from the far corners of Turkey to the city to taste 20 different dishes. Today, many Turkish cities host at least one "Van breakfast hall" but the original breakfast halls in the city remain the most popular.

The breakfast consists of diverse plates, but the tastiest and best known are otlu peynir, karakovan balı, murtuğa and kavut. Otlu peynir, or cheese with herbs, is among Van's most famous exports with its delicate ingredients of salty cheese and endemic herbs. Karakovan balı is a type of honey derived from honeycombs in the province's highlands. Murtuğa is another famed dish made of flour, butter and egg, while kavut is made of ground grain mixed with fried butter.

The Van breakfast already recorded a Guinness world record in 2014 for the world's largest breakfast table with 51,793 people, and local businesses received a patent from Turkish patent authority to certify the breakfast. The Van Chamber of Commerce also plans to announce a World Breakfast Day with a series of events on a designated day of the year to promote the breakfast.