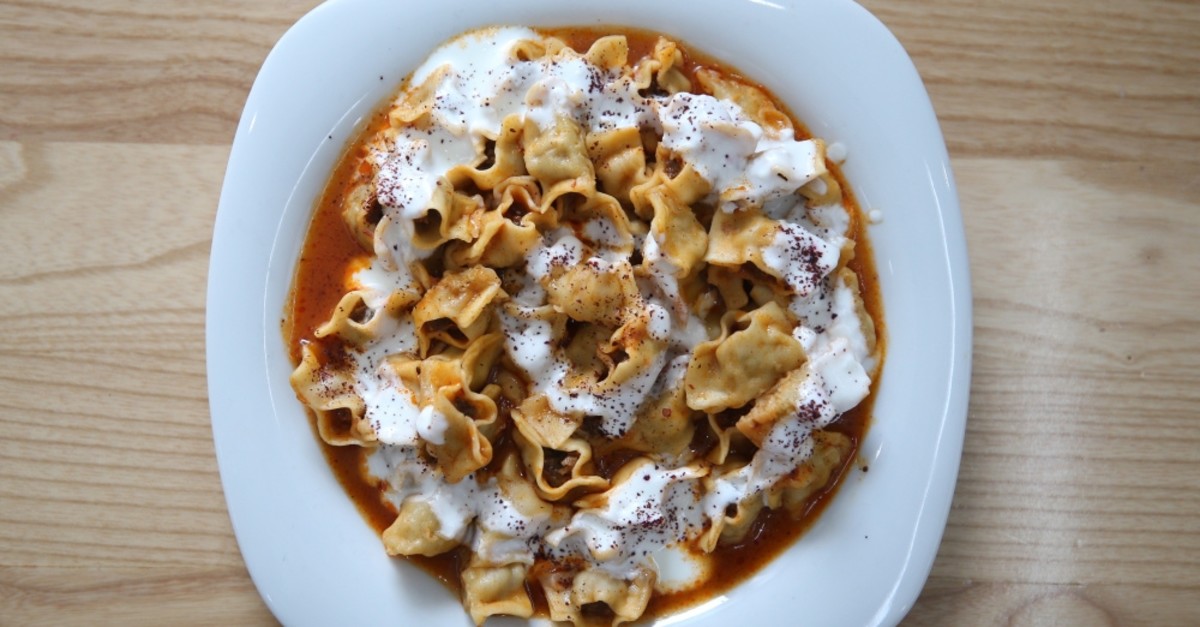 Kayseri cuisine is one of the most celebrated cuisines of Anatolia.
by Anadolu Agency Sep 11, 2019 12:24 am

A central Anatolian province in Turkey is looking to be included in the world's top gastronomy destinations with its local food culture, which includes well-known Turkish delicacies.

"One needs to taste Kayseri cuisine to know it. The cuisine of our area, which has hosted many civilizations, carries traces of those civilizations," Memduh Büyükkılıç, metropolitan mayor of Kayseri province, told Anadolu Agency (AA). "In order to promote Kayseri cuisine and share our values, we will hold a gastronomy workshop on Nov. 16-17," he said, adding that they plan to hold the workshop in winter so people coming to the city to enjoy Mt. Erciyes could also have an opportunity to attend the event.

He said mantı - small dumplings filled with minced meat and served with yogurt and garlic sauce — is the first dish that comes to mind in rich Kayseri cuisine. Kayseri dumplings are famous for their extremely small size; in fact, as many as 40 of them can fit in one spoonful.

"Along with pastırma and sucuk, we have various desserts and local food," Büyükkılıç said.

Pastırma is a Turkish delicacy made of pressed beef cured in red pepper and garlic. Sucuk is a traditional sausage made with ground meat, usually beef or lamb, with a high fat content and added spices.

Giving details about the workshop, Büyükkılıç said they are planning to turn the workshop into a conference in the future to promote the cuisine worldwide. "Tourists coming to Mt. Erciyes for ski tourism love Kayseri's cuisine. [The southern Turkish cities of] Gaziantep, Adana and Hatay cuisines are good, but Kayseri cuisine is very good," he said. Büyükkılıç said they hope to transform the city into a gastronomy center.

Nuri Çorbacıoğlu, a tourism professional, emphasized that people want to explore new foods as well as new places. "Gastronomy tourism is just starting to become popular in Turkey," Çorbacıoğlu said, adding that the "delightful" tourism sector will grow even further once the workshops are held. "Foreign guests want to listen to the stories about the food and to see ways to prepare it," he added.