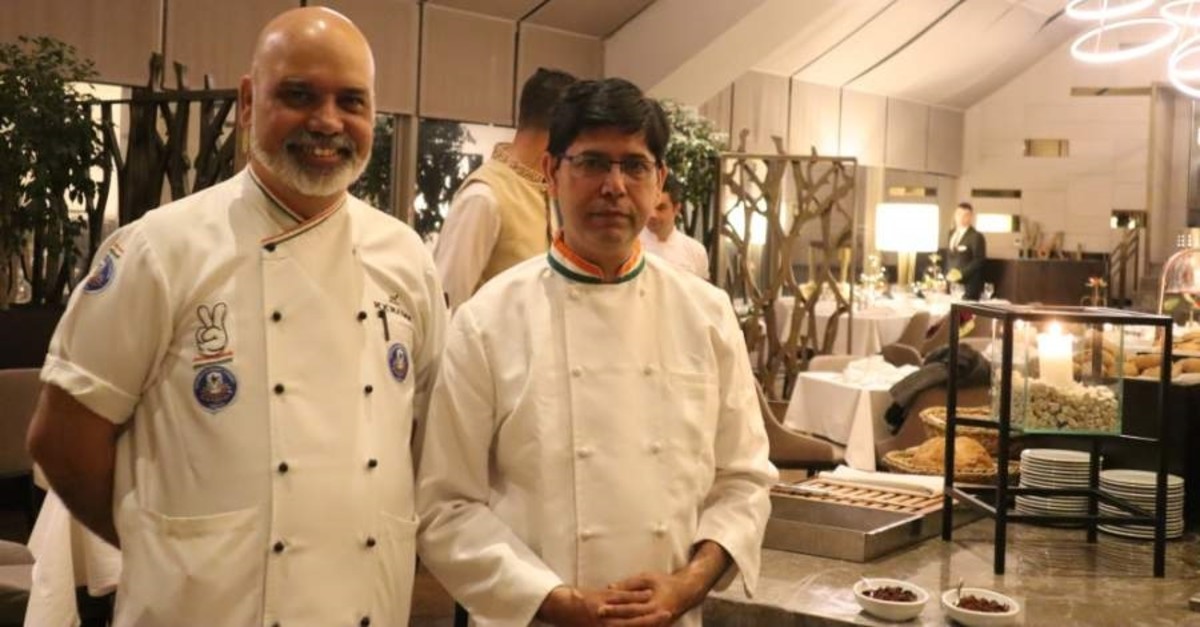 Indian Culinary Days have started in Ankara with the cooperation of the Indian Embassy, which has brought two top chefs from Delhi to Ankara in order to introduce the capital and food lovers to the many various tastes of Indian cuisine. The dinner, which started with a traditional candle lighting ceremony, offered several choices from the country which is often described as a subcontinent, exhibiting authentic local tastes in every distinct part.

“India and Turkey are the closest friends, but I think in modern times we did not have as many exchanges as we should have. Cultural exchanges are important and food is something that brings people together because when you sit at the table and eat food together you share stories. I think many of our stories are very similar,” Indian Ambassador Sanjay Bhattacharyya told Daily Sabah, touching upon the connection of the two countries.

The organization that is taking place between the dates Oct. 21 and Oct. 24, brings gourmet lovers together with north Indian cuisine and that of the eastern parts of India, including dishes such as mutton rogan josh, machhi jhol (fish curry) or vegetarian dishes such as dal makhani, which is based on black lentils, and matar paneer.

The two chefs Mr. Balram Jaiswal and Mr. Manoj Kumar mentioned that working together with the Turkish chefs was a great experience where everybody learned something from the other and continued, “We came here just to bring the taste of India to Turkey so that people enjoy it. Different states have different foods, cuisine and tastes. We have brought spices from India so that the authentic taste is delivered.”

The chefs work with the Delhi-based Ashok hotel, which is a leading Indian hotel chain under the India Tourism Development Corporation (ITDC) and have previously attended similar organizations in Cambodia, Madagascar, Kuwait and Saudi Arabia. With their 15 to 20 years of experience, the chefs were also responsible for the food arrangements of the Commonwealth conference in 2011 as well as catering the events of the prime minister of India.

“Indian food is very spicy, yet it can be reduced according to the customer. Here, we have given the authentic taste. Food brings people together. We tasted Turkish food and tried to learn which spices are used,” Chef Jaiswal added.

Given the distinctions of soil type, climate, culture, ethnic groups in the subcontinent, India has one of the most diverse cuisines of the world. Characterized especially by spices, vegetables, grains and fruits, religious beliefs and culture have also played an influential role in the evolution of the cuisine where vegetarianism is also widespread.

“I think the oldest connection that we have was spices because way before the Silk Road there was the Spice Road going through Turkey. There were two routes going to western India where people would pick up spices and bring it here. When Constantinople became Istanbul, the center of the spice trade was located in Istanbul and distributed from here. These are the connections we hope to preserve,” the ambassador explained.

The Spice Road was one of the most significant and oldest trade routes in the world. Spices such as cinnamon, cardamom, ginger, pepper, and turmeric were commonly used in various areas and were regarded as highly valuable in earlier times; they retain their popularity to this day.