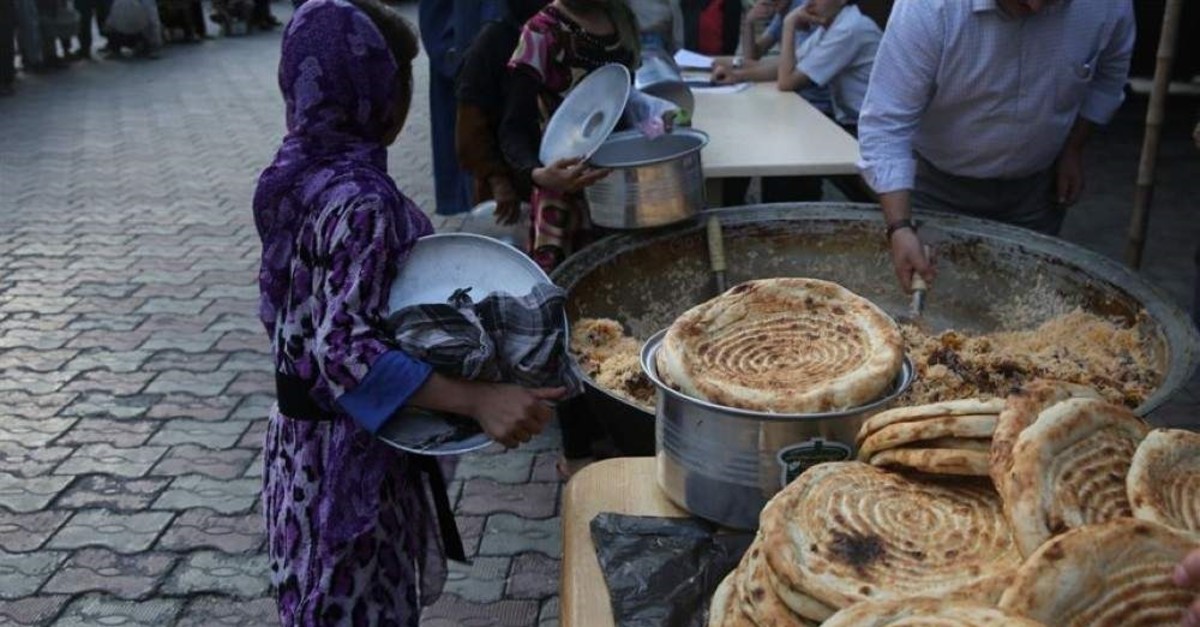 | AA Photo
by Anadolu Agency Nov 15, 2019 2:33 pm
What's in bread? For some it signifies sustenance, others call it an equalizer shared at the table by the rich and poor alike. Perhaps to justify the sheaves of wheat etched onto its flag, Afghanistan offers food lovers a rich variety of local flatbreads.
They come in all shapes and sizes in the southern and eastern plains, from the iconic bolani stuffed with vegetables to the naan bread of the highlands, paper-thin chapatis to pasty bread baked in mud ovens or fried with butter for an extra layer of flavor.
For most men in the country, the day starts with a trip to the local tandoor (oven) to get their dose of crisp naan with a simmering pot of sweetened green tea. The Kabul Bazaar in the capital bustles with conversation every day at sunrise until midday, when workers sit for their morning cuppa and naan.
''It is refreshing and affordable," said Ghulam Hussein, an elderly laborer, who is deep in conversation with his friends on a balmy November morning.
Naan, tea and a fried egg add-on will cost him 30 Afghanis (4 cents).
He is the living example of the Afghan proverb: "Naan wa Pyaz, Peshani Baaz," which literally translates as "Naan and onion, broad forehead" signifying the trait to tread through difficult times with a smile. It also sums up the resilience of the Afghans, who have been carrying on with life despite decades of crippling violence.
Rich influences
A gateway to Central Asia, Afghanistan's cuisine reflects the diverse culture of the region.
On the banks of Kabul River, dozens of stalls sell the Uzbek variants of naan. Tucked in baskets, they are kneaded and swirled into patterns with a dash of black nigella seeds.
In the eastern districts of Kabul, the subcontinent style paratha is a popular breakfast option. It’s a wheat flatbread kneaded with butter and then deep-fried. There have been attempts to upmarket the roadside snack in recent years.
Waheedullah Jabarkhail in Kabul's Kulola Pushta neighborhood expanded his small bolani restaurant venture to a second branch and home deliveries. He says he wants to cater to the growing professional middle-class "because not everyone likes to eat bolani from roadside stalls due to security and other concerns."
His restaurant offers a twist on the traditional flatbread with a choice of tuna fish, mushroom and olive fillings. "Even expats love it," he claims, as evidence that the humble snack is now making international inroads.
Last Update: Dec 20, 2019 1:42 am
RELATED TOPICS