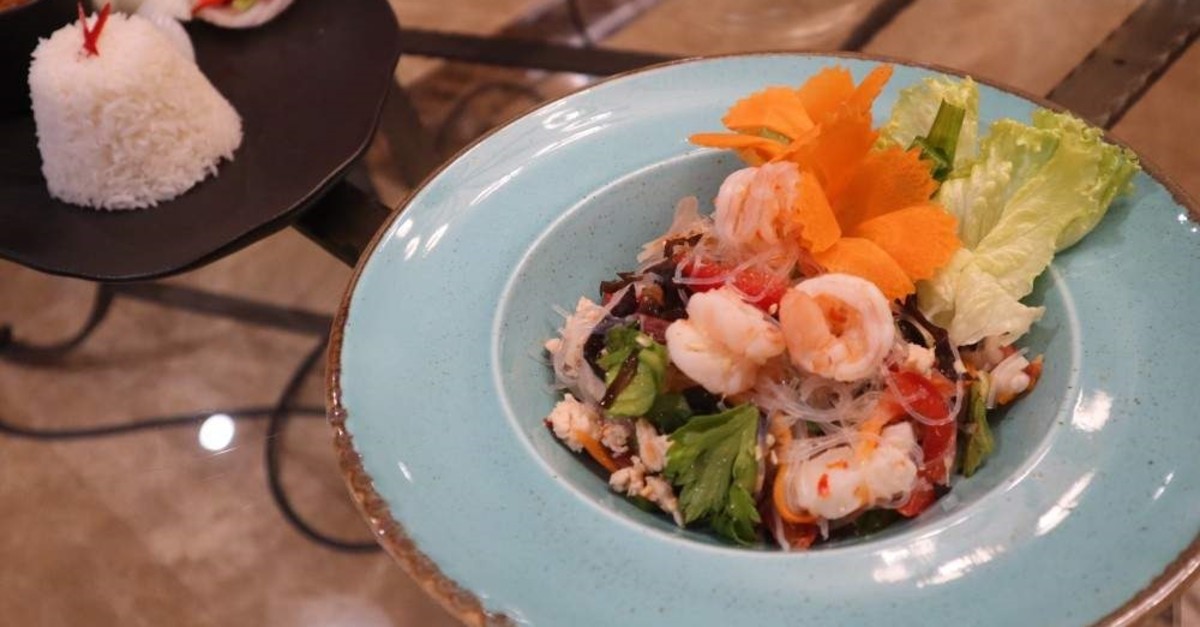 A Thai Food Festival will be held on Dec. 9-13 at a hotel in Ankara where the embassy hopes to introduce Thai food, particularly "Thai street food," according to Thailand’s Ambassador to Turkey Phantipha Iamsudha Ekarohit.
Even though this is the second time a Thai food event is taking place in the capital, it will be the first time food-lovers will get to taste Thai street food.

“Thai food is famous all around the world because I think it’s exotic, making it different from other countries’ cuisine," Ekarohit said, adding that in 2017, seven Thai dishes appeared on a list of the world’s 50 best foods, voted by 35,000 people around the world. Among them were prawn soup, pad thai, massaman curry and Thai fried rice. “Thailand had more dishes on the list than any other country,” she added.

Six chefs from Thailand are in Turkey for the event. Chef Anucha Panikorn, Aranya Mingkwan, Weera Kantangkul, Jatuporn Maiphuek, Methee Soodrak and Phonphen Mongkhon were flown in with the support of Thai companies that have invested in Turkey, and Turkish Airlines.

“Thai street food is sold by vendors on the street in Thailand. It is part of the Thai culture. The taste is wonderful and the price reasonable,” the ambassador explained, saying that while Turkey also has a street food culture, it is not as widespread or as popular as in Thailand.

The chefs also made a demonstration of cooking the dishes masaman gae (lamb massaman curry) and khanom krok (Thai coconut pancake), at the end of which participants had the opportunity to taste the freshly cooked dishes.

The ambassador said Thai food has strong aromatic components and a spicy flavor. “Most importantly, it is made with attention to detail - texture, color, taste and the use of ingredients with many health benefits. Massaman curry was ranked number one on the world’s 50 best foods in 2018,” she added.

A guest at the festival will have a chance to win a round trip ticket to Thailand on Turkish Airlines, drawn Dec.13 on the last day of the celebration, which will include traditional Thai dance shows and an early celebration of the New Year.

“It has been a year and a half since I have been ambassador to the Republic of Turkey. I have had the opportunity to organize two events like this,” Ekarohit said.