Time to catch up with nature: Join the slow food movement 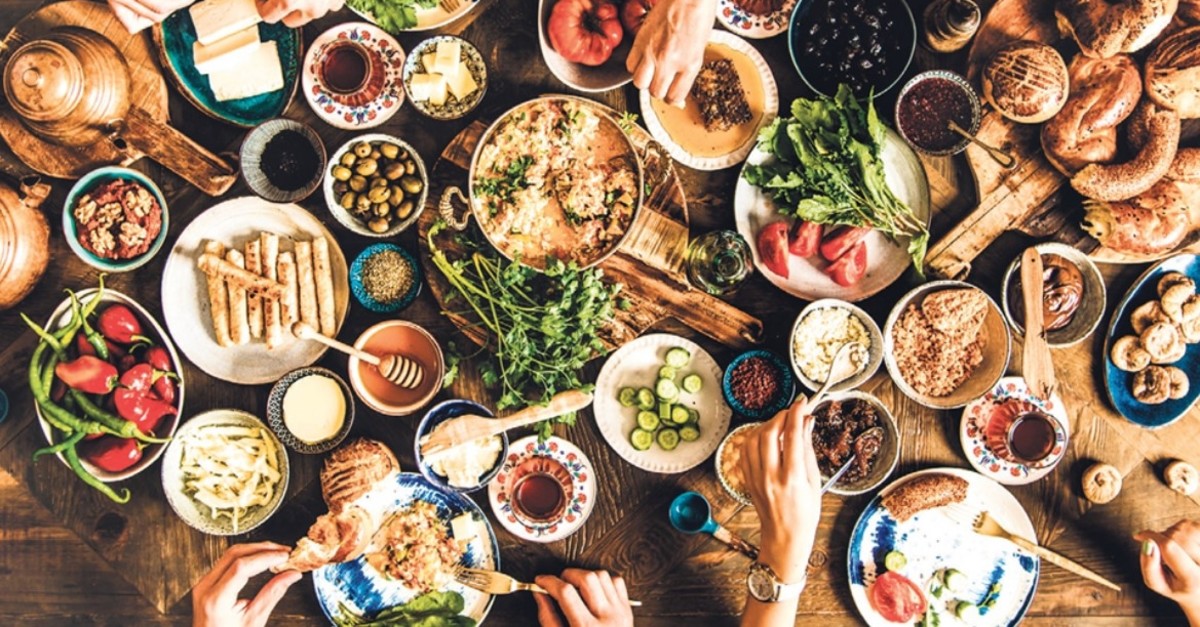 The slow food movement not only encourages people to take the time to prepare and eat whole, locally sourced foods, but it also aims to preserve culture and heritage, which are slowly being erased by fast foods 'instant gratification' mindset

How much time do you actually spend eating during the day? Maybe you have never thought of that. Sometimes we don't even think about what we eat. We tend to eat a quick breakfast to make it in time for work in the morning or make "good" use of our time at noon by having a fast lunch. Maybe dinner could be a time to relax for us but we're mostly too tired to cook from scratch.

Especially for those living in big cities, finding something to eat as fast as possible becomes a priority. Eating is a necessity, more than an enjoyable feast for most of us. We are not interested in the process the food we eat goes through before it finds its way on our plate. But when you think about it, even something as simple as bread has an immersive story.

THE SLOW FOOD REVOLUTION IS BORN

As one of the most famous food chains in the world, McDonald's opened up a restaurant at Piazza di Spagna Square, at the bottom of the Spanish Steps in the heart of Rome in 1986. Then a group reacted to this opening. The group, led by journalist Carlo Petrini, protested the branch's opening by holding and dishing out pasta-filled plates to passersbys. That's how the slow food concept comes about. Advocating slowness and universality, Petrini and his supporters opposed fast food, underscoring the importance of learning the story behind the food that comes to our table. Three years later, the slow food movement was launched, with the signing of the "Against the universal madness of the Fast Life" manifesto, to prevent the disappearance of local food, amid, the unstoppable rise of fast life and a general decrease in people's interest in the food that they eat.

The slow food movement might be an act that originated in Italy but eating in a hurry is a universal fact, so there is participation from many parts of the world.

The slow food movement, which is symbolized by a snail to represent "slowness" and gastronomic delight, is completely voluntary. The whole point of it is to choose and consume foods that haven't come from faraway places. They have to be local products. In short, if you don't know the story of how a certain item came to be on your table, it should not be there. At the same time, there must be no intermediaries between the consumer and the producer. As a consumer that decided to partake in the slow food movement, I have to buy my products directly from the producer and, if I wish, listen to the stories of the food as told by the producers themselves.

The slow food movement bases its approach to food on three interconnected principles: good, clean and fair. Good, because food must be of high-quality, healthy and delicious. Clean, because food should not be harmful to health or the environment. And fair, so that producers work under good conditions and their pay is fairly compensated, and also so that prices are accessible and fair for the consumers.

CONVIVIA: LIVING TOGETHER AND FEASTING

With participants from 160 countries, the movement has over 1 million supporters, 100,000 registered members, 2,400 food communities, and 1,500 "convivia" worldwide. Turkey is also one of them.

Convivia is a Latin word based on the word "convivium" for a feast or banquet, or in the broader sense of living together (from con + vivo). In the late 1990s, it was used to refer to local groups set up by the slow food movement. To be considered convivia, there are specific criteria that must be met, including paying an annual membership fee.

If you visit the Germiyan village in Çeşme, you can see signs with a snail symbol in front of certain shops. This means that these shops are slow food shops. You can find local, good, clean and fair products here. Germiyan is the first village to participate in the slow food movement in Turkey. Their aim was to help local delicacies survive the modern era and promote local producers. If you ever have the chance to visit the village, locals will insist that you taste Germiyan bread made with flour and the natural yeast of local cereals. Besides Germiyan, there are also there 24 convivia and communities in Turkey.

SLOW DOWN, LISTEN TO AND EXPERIENCE THE FOOD

We have to walk fast, talk fast and even forge relationships just as fast. The slow food movement aims to turn this – modern times' need for speed – into a slow banquet. Even if not always possible, we can dedicate a certain hour of the week for ourselves and our food. Bon appétit, but take it easy!