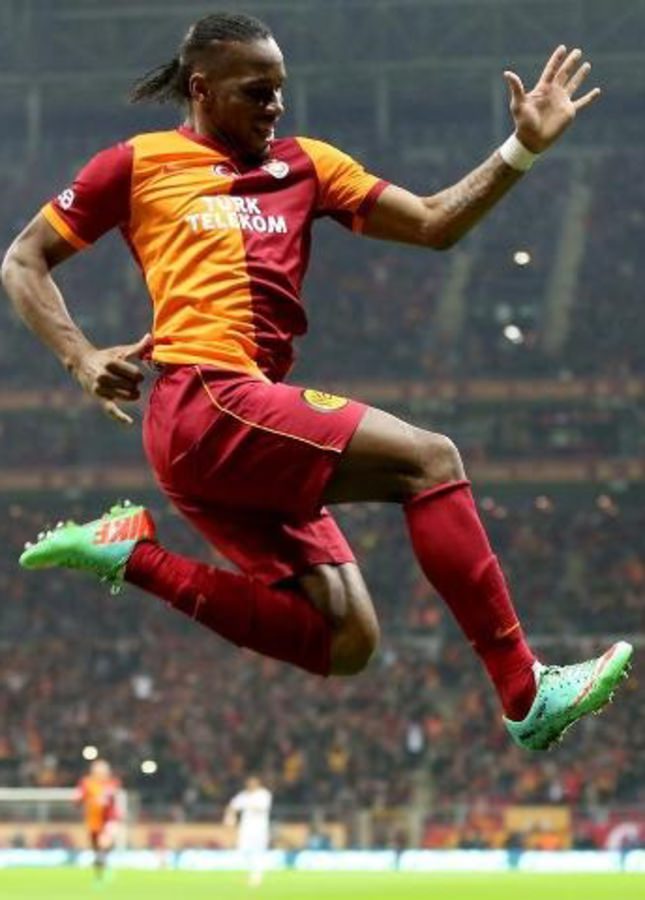 by daily sabah Mar 10, 2014 12:00 am
Istanbul - Galatasaray hosted Mansisa side Akhisar on Saturday in what would become a display of utter dominance. Didier Drogba started off what would be a goal fest for the Istanbul Lions as he headed home Wesley Sneijder's corner. New-signing Alex Telles once again renewed the Yellow and Reds' fans adoration as he struck home a half volley from Sneijder's through ball. Drogba earned his brace shortly after the half when he intercepted a backwards pass which he would then dribble around the keeper to send home for goal. He would then go on to assist

Burak Yılmaz after Sneijder set up play in the 55th minute. A 59th minute counter-attack would see the visiting side pull one back against the Istanbul giants, only to concede six minutes later when Yılmaz's header was knocked into goal following a deflection from Bruno Mezenga.

Following his master class display, Wesley Sneijder would go on to add his own name to the score sheet when Yılmaz's cross landed in the Dutchman's path. Galatasaray are currently seeded second in the Turkish Super League closely following arch rival's Fenerbahçe.