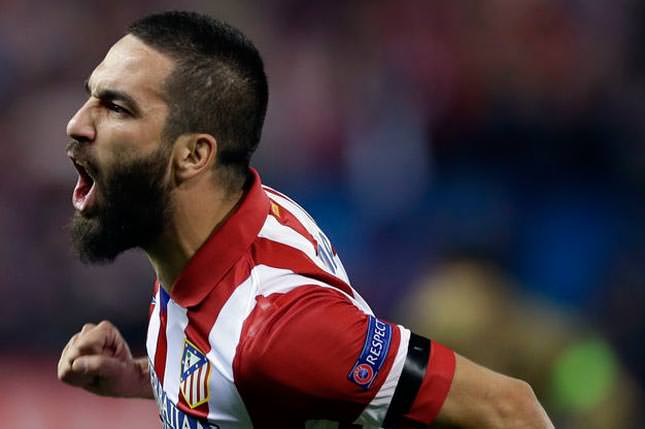 ISTANBUL – Atletico Madrid took to the field and overwhelmed AC Milan in what would be a spectacular display earning their spot in the quarter finals of the Champions League.

AC Milan's history of bad luck in the continental competition against Spanish clubs continued as a third minute Diego Costa goal sent the away side behind in just the third minute of the game. The goal came as Koke's back post cross which reached Costa's outstretched leg to send the ball past Christian Abbiati. The following five minutes saw increased aggression from both sides as Atletico's Raul Garcia and AC Milan's Adil Rami both received bookings for bringing down their opponent strikers.

AC Milan pressed forward to effect as Kaka equalized the match in the 27th minute. Milan's only goal in both legs came as Mario Balotelli sent the ball Andrea Poli on the opposite flank. Poli would then cross the ball towards the back post to be headed in by the eagerly waiting Brazilian star.

Millan's desperation for a second goal in order to avoid extended time ended in disaster as an Atleti counter attack saw Garcia chest the ball down to Turan. The Turkish national captain's volley effort deflected off the foot of Rami chipping the ball up over the reach of Abbiati and into the back of the net giving Atletico the lead five minutes before the end of the half. Raul Garcia's bicycle kick just two minutes later brought the crowd to a roar though the ball sadly missed the target by only a few inches. Turan's goal and Garcia's stunning bicycle kick served as a breaking point in the match's momentum as AC Milan never regained their bearings going into the half as seen through Balotelli's 45+2nd minute booking.

Just three minutes into the second half the home side once again sent the Vicente Calderon into an uproar as Gabi's cannoning shot deflected off the AC Milan goalpost. Miranda almost added a third goal for Atleti in the 62nd minute following excellent passing play between Gabi and Costa, but the central defender was unable to produce a shot powerful enough to stump Abbiati.

AC Milan wasted a chance at an equalized in the 67th minute as second half substitute Robinho dribbled past Juanfran in the box and managed a miracle shot from a tight angle, however Thibaut Courtois was there to fist away the effort and the Atletico defense did away with the loose ball. Atletico's attacking pressure would pay off as they doubled their lead in the 71st minute with Raul Garcia's goal.

Garcia flew over the defense to head Gabi's free kick into the bottom corner of the Milan goal. AC Milan's night would not get any better as the now demoralized and disqualified Italian side would concede yet another goal five minutes before the final whistle. Milan lost control of the ball inside their own box as Costa took position to sink in the fourth goal from close range to earn his brace.

Atletico Madrid's action packed performance against what was once one of the world's largest clubs goes on to show that they are fully in the running to lift this year's trophy both in the domestic league and in UEFA's Champions League.