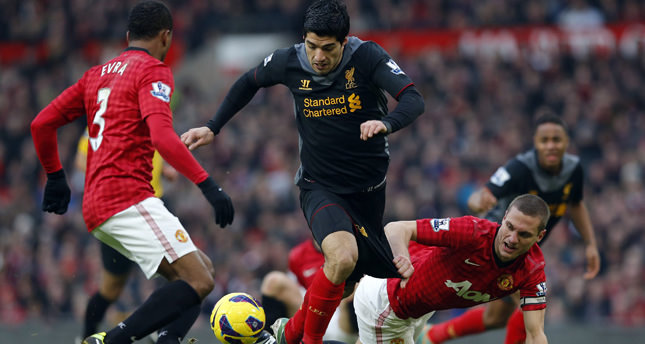 This Sunday will see England's two most successful clubs, Manchester United and Liverpool, battle each other at Old Trafford. The historic rivalry promises to be entertaining as Liverpool races for the title and United needs to win to ensure continental competition

ISTANBUL – The rivalry between Liverpool and Manchester United is one of the footballing world's fiercest. The two sides share 121 honors between them, Manchester United with 62 and Liverpool with 59, making them by far and large the two most decorated clubs in England. Dating back to 1894, when Liverpool played United which was then called Newton Health, the close proximity of the two cities fueled the rivalry for the 120 years. This Sunday they will faceoff for the 187th time to date in what promises to be a memorable game. Liverpool currently sit second in the English Premier League (EPL), behind Chelsea by seven points with a match less played.

The Merseyside outfit will need to grab a full three points if it seriously wish to remain in the running for this year's title, a task they are more than capable of doing.

Liverpool's strikers have been on fire this term as Luis Suarez and Daniel Sturridge lead the league scoring board with 24 and 18 goals respectively, even though both missed out on portions of the season due to bans and injuries. Liverpool are currently in great form as they have only lost one of their last five games. The Merseyside Reds are also advantageous in terms of fixtures as they are only competing in the EPL while Manchester United are facing the fatigue of the busy schedule that comes with Champions League football.

Manchester United are having their worst season in recent memory. The club that became synonymous with success during Sir Alex Ferguson's reign plummeted with the inauguration of David Moyes. In Moyes' first season at the Red Devils' helm the club find themselves in 6th place in the EPL. The club's loss of form is baffling as the likes of Robin van Persie and Wayne Rooney, who had comfortably found the net firing United into title victory, now seem over encumbered and a shadow of their usual selves. The pricy addition of Juan Mata in the January window didn't help boost the team's form as they have only two wins in their last five matches. The EPL is not the side's only worry as a 2-0 defeat against Olympiakos Piraeus in the Champion's league served as a huge blow to the teams moral as now the Champions League seems out of their reach as well. Moyes' rigorous training schedule and squad of aging players does not aid United in their quest to regain lost points. Long term team captain Nemanja Vidic's decision to abandon ship shows just how much last year's winners have fallen as van Persie appears to be the next club icon to flee the club.

United retain 6th place only on average as Everton tie them in points even though they have played one less match. Dangerously teetering on the edge of exclusion from European football last year, the Red Devils will need to fix their act in the closing stages of this season if they want to close this season with any hope of partaking in next year's continental competitions, a win against arch rivals Liverpool could give them the momentum to do just that, though it won't be easy. United will have the home team advantage in this match as the frustrated Old Trafford stands will push their team to grab a conciliation prize to hold over the heads of their sworn enemies.

This rivalry, predating the El Clasico played between Real Madrid and Barcelona by eight years, is one of the world's oldest and most important continuing rivalries.

Liverpool's renewed title ambitions following three years of mediocrity and Manchester United's first plummet into desperation in recent memory will only further fuel the excitement behind the well-established rivalry between the two in what promises to perhaps become one of this year's most memorable matches.