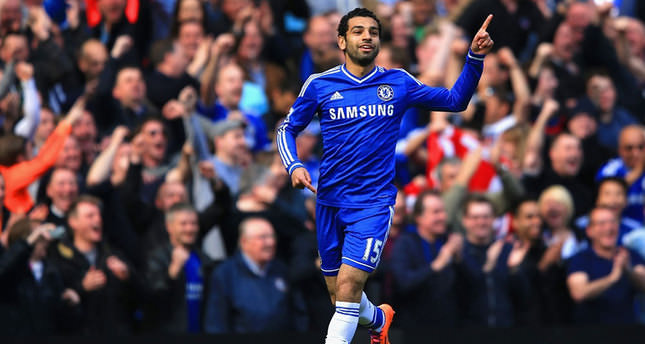 ISTANBUL — Earlier this year, Chelsea manager Jose Mourinho had claimed that his Arsenal counterpart was a "specialist in failure," a claim Arsene Wenger was given an opportunity to disprove in his 1,000th game managing the Gunners. However Wenger's celebrations were cut short in the early stages of the matchup, or as Mourinho put it, "We came to kill and in 10 minutes we destroyed them."

Instead of taking the opportunity to one-up the Portuguese manager, Wenger's side crumbled on his momentus milestone of a game as he went on to experience what he would tell the BBC "was one of the worst days of his life." Chelsea grabbed a two goals in the first 10 minutes as Samuel Eto'o and Andre Schürrle would face no difficulty finding the net to send the fans at Stamford Bridge into an uproar.

The 17th minute saw the referee controversially send Kieran Gibbs off for a goal-line handball committed by Alex Oxlade-Chamberlain, even though the later could be seen audibly admitting to the offense. Eden Hazard was quick to capitalize from the spot earning his 14th goal of the season and sending Wenger's Arsenal into deeper despair. Chelsea would add onto Arsenal's misery as Oscar would grab a brace, scoring in the 42nd and 66th minutes of the game and new addition Mohamed Salah would net his first ever goal for the London Blues in the 71st minute. Now Arsene Wenger has not only failed to silence his eccentric counterpart, but now Arsenal have fallen further behind rivals Chelsea and Liverpool after leading the league for the majority of the season.

Across the city West Ham hosted down-on-their luck Manchester United. Suffering from miserable form and with club top-scorer Robin van Persie's injury adding to the club's dreadful moral, United needed a hero to step-up to give their fans some hope for the remainder of the season. Wayne Rooney filled the emerging void as his brace gave United fans some hope, however little it may be, for their upcoming Champions League match against Bayern Munich. Rooney gave the Red Devils the early lead by opening scoring in the eighth minute. He would remind the world why he was once the club's poster child in the 33rd minute as he fired into the net from over 45-meters out to earn his brace. Back in Manchester, United's noisy neighbor's Manchester City would defeat Fulham 5-0 at the Etihad Stadium. Captain Yaya Toure scored a hat-trick as he found the net in the 26th, 54th and the 65th minute as Manchester City continue to close in on league leaders Chelsea. The Ivorian found his first two goals from the penalty spot raising his penalty-goal tally to five for the season.

Fernandinho and Martin Demichelis would seal the game for the home side as their 84th and 88th minute goals sent a clear message that though City have some catching up to do, they remain in full contention in this season's title race.

Liverpool's bout with the Welsh capital club Cardiff City saw the Reds come back twice to win 6-3 as Luis Suarez once again pulled clear ahead of Cristiano Ronaldo in the UEFA Golden Boot competition. The hosts pulled ahead in the ninth minute with Jordon Mutch, only for Suarez to equalize in the seven minutes later.

The 25th minute saw the Welsh pull ahead once again through Fraizer Campbell, however Liverpool's Slovakian Martin Skrtel Defender would tie the match four minutes to the half. Skrtel would grab a brace in the 54th minute and Suarez would join him six minutes later.

Daniel Sturridge would take the visitors further ahead in the 75th minute. Cardiff would score a consolation goal in the 88th minute as Mutch went on to score his second goal of the match as well. The sixth minute of added time saw Suarez complete his hattrick as the Reds would return home to England with the win in hand.