Harry Kewell ends a career of highs and lows 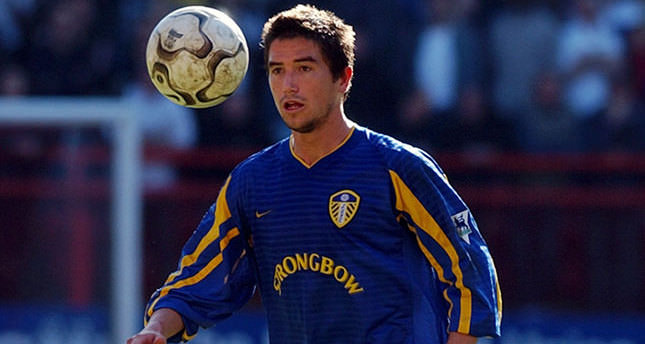 by reuters Mar 26, 2014 12:00 am
MELBOURNE — Harry Kewell, Australia's first world-class footballer, will call time on his roller-coaster 18-year career when the A-League season ends next month, the 35-year-old said on Wednesday.

The Sydney-born former Leeds United, Liverpool and Galatasaray forward had signed a one-year deal with Melbourne Heart in a bid to play in a third World Cup finals, but has spent much of the 2013-14 season sidelined by injury.

"It's hard. It's a sport that I've only ever known," he told a media conference in Melbourne accompanied by his English wife and children.

"I started when I was four-years-old, I started professionally when I was 17, I've had a career of 18 years, it's all I've known.

"The way things panned out for me, I felt it was the right time, I could go out on my terms."

Voted Australia's greatest ever footballer by fans in 2012, Kewell shot to fame with a Premier League debut for Leeds in 1996 as a prodigiously talented 17-year-old and became his country's youngest international weeks later in a match against Chile.

A Champions League trophy with Liverpool and two World Cup appearances in 58 matches for the Socceroos were to follow a glittering 181-game stint for Leeds, but a succession of injuries over the last decade repeatedly curtailed his ambitions, frustrating the player and fans alike.

He shared in Liverpool's 2004-05 Champions League triumph, but lasted only 23 minutes before coming off injured after being named as a surprise starter in the final victory over AC Milan in Istanbul.

His role in the penalty shootout victory over West Ham to seal the FA Cup the following year was similarly ill-fated, another injury seeing him substituted after halftime.

"If you want to have a look at hindsight, I do sit there with my wife and close friends and wonder 'what if?'" said Kewell, dressed in a smart white shirt with matching sneakers.

"I feel like I can play the game, I understand the game. And I wonder if I didn't have those injuries, what could have been? But I believe that the path was set out for me and it's made me a better person."

Throughout his fitness battles, Kewell remained revered in Australia, helping the Socceroos qualify for the 2006 World Cup finals to break a 32-year drought since their maiden appearance.

He shrugged off injury to play a decisive role in Germany, scoring an equaliser against Croatia, one of 17 in his international career, putting the Socceroos into the knock-out round of 16 where they were beaten by eventual champions Italy.

After parting ways with Liverpool in 2008, Kewell revived his career with a successful three-year stint with Turkish giants Galatasaray, and played another important role in securing Australia a second World Cup appearance.

He endured a torrid tournament in South Africa, however, sent off for a deliberate handball in a group match against Ghana as the Socceroos crashed out.

Kewell returned home in 2012 to play with Melbourne Victory in a huge boost for Australia's fledgling A-League competition, but left the club after a season for family reasons.

He played a telling role in the Socceroos' march to the final of the 2011 Asian Cup, but has been largely overlooked in recent years, winning his final cap under Holger Osieck in 2012.

His final season as captain of Melbourne Heart has been emblematic of his career, brief flashes of brilliance on the pitch tempered by long spells injured on the sidelines.

He has been ruled out of Heart's next two matches with an abdominal strain but will have a farewell appearance against Western Sydney Wanderers in the final match of the season on April 12 at the club's home stadium.

Apart from spending more time with his family, playing golf and continuing his clothes modelling, the telegenic Kewell said he looked forward to nurturing talent with his junior academy in Australia with a view to a possible coaching role in future.