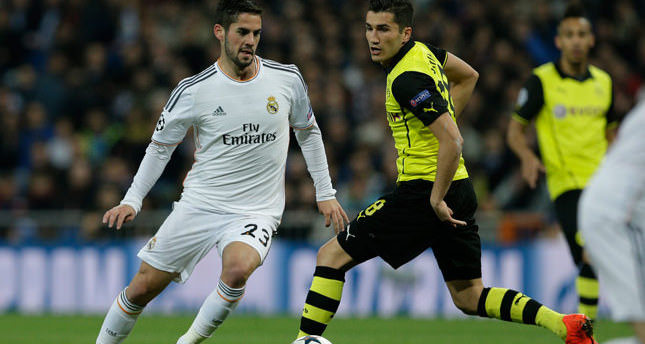 by reuters Apr 11, 2014 12:00 am
BERLIN — Borussia Dortmund will make use of an option to buy on-loan midfielder Nuri Şahin from Real Madrid, making his return to last season's Champions League runners-up permanent, the German club said on Friday.

Turkey international Şahin, a product of Dortmund's youth system, joined Real in 2011 but after failing to hold down a starting spot was loaned out to Liverpool.

He returned, again on loan, to Dortmund in January 2013 for an 18-month spell with an option for the German club to buy him.

"We informed Real officials on the sidelines of our Champions League game (on Tuesday) that we will make use of this option," club CEO Hans-Joachim Watzke told reporters.

Dortmund lost 3-2 on aggregate against Real Madrid in the competition's quarter-finals on Tuesday.