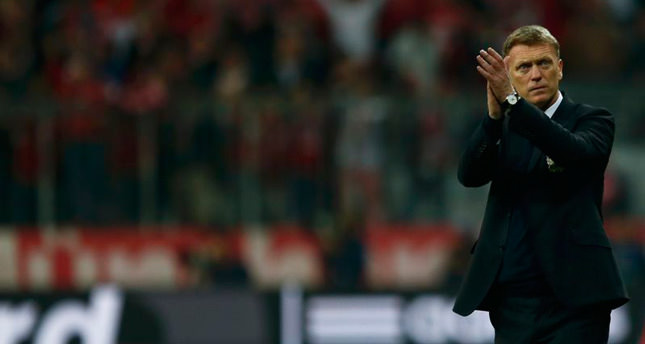 by reuters
Apr 22, 2014 12:00 am
ENGLAND — Manchester United are set to part ways with manager David Moyes less than a year after he took charge of the 20-times English soccer champions, British media reported on Monday.

United have failed to get going under Moyes this season and are languishing in seventh place in the Premier League, meaning they will miss out on a place in the lucrative Champions League for the first time since the 1995-96 season.

Moyes, 50, was appointed United's manager last year on the personal recommendation of Alex Ferguson, who retired after 26 years in the job at the end of last season after steering United to the title for the 13th time in his reign.

Several British newspapers carried similar reports online on Monday saying that Moyes had lost the support of the American Glazer family who own the club.

A poor performance in a 2-0 defeat away at Moyes' former club Everton on Sunday was seen as the final straw.

United will have to invest around 150 million pounds ($250 million) over the summer months to rebuild an ageing squad and ensure that their absence from the Champions League is just a temporary one rather than turning into a prolonged decline.

The club board will have to decide whether it believes that Moyes is the right man to spend that money.

The Daily Telegraph said Moyes could be out before Saturday's home game with Norwich City if he seeks assurances over his future which executive vice-chairman Ed Woodward would be unlikely to be able to provide.

A United spokesman declined to comment on the reports.

Moyes, who had been manager at Everton for 11 seasons but never won a major trophy, was given a six-year contract but United have lurched from one crisis to another in his first season in charge.

United fans have been disappointed by the team's performances this season but most had expected Moyes to be given longer to try to turn things around.