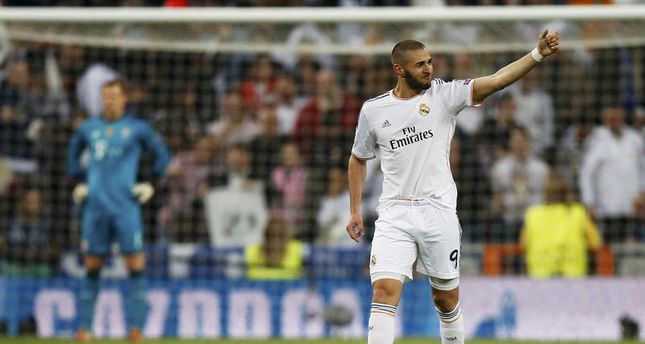 by Associated Press Apr 25, 2014 12:00 am
MADRID — Real Madrid hopes a narrow home win put it in position to reach the Champions League final for the first time since 2002. In a matchup of teams acclaimed to be the best in Europe this season, Karim Benzema scored in the 19th minute to give the Los Blancos a 1-0 victory over defending champion Bayern Munich on Wednesday night in the first leg of their semifinal. The second leg is Tuesday in Munich. Chelsea hosts the other semifinal next Wednesday following a 0-0 tie at Atletico Madrid this week.

Madrid, which beat Bayer Leverkusen in 2002 for the last of its record nine European titles, has been knocked out of the semifinals for three straight years.


The visitors dominated before a crowd of 79,283, outshooting Real 16-9 and maintaining 64 percent possession. Benzema scored on a counterattack when Cristiano Ronaldo found Fabio Coentrao speeding down a flank. Coentrao crossed for Benzema, who tapped the ball past goalkeeper Manuel Neuer from 4 yards.Ronaldo returned from a left leg injury that had sidelined him from April 2 and missed a number of scoring opportunities.

Ronaldo was replaced in the 73rd by Gareth Bale. Guardiola, seeking to guide Bayern to its third straight final, had been unbeaten at Estadio Santiago Bernabeu in seven visits when he coached Barcelona. Mario Goetze, who entered in the 72nd, had one of Bayern's best chances in the 84th, but his volley was saved by goal k eeper Iker Casillas.