Thousands gather at Camp Nou in memory of Vilanova 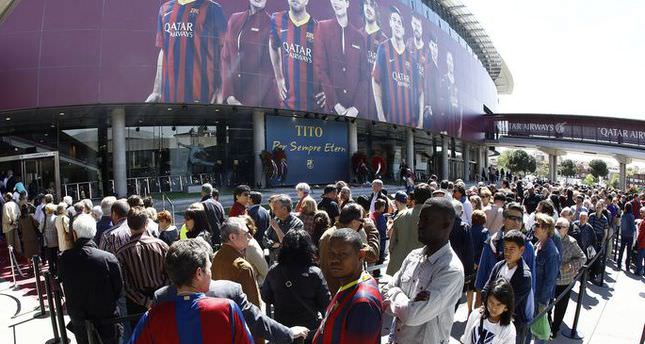 by Associated Press
Apr 28, 2014 12:00 am
BARCELONA — More than 20,000 of Barcelona's fans gathered along with players to pay their respects to Tito Vilanova at Camp Nou on Saturday, a day after the former coach died following a battle with throat cancer. Condolences continued to pour in from across Europe, with Bayern Munich coach Pep Guardiola saying he would never forget his former coaching partner at Barcelona, who died at the age of 45. The day began with Barcelona's players signing a book of condolence and silently remembering Vilanova.

The club then opened the temporary memorial site to the public. It said 20,802 mourners came to pay their respects.Vilanova's illness forced him to step down as Barcelona coach last summer after winning the 2012-13 Spanish league. He previously served as Guardiola's assistant at Barcelona for a four-year run during which the team won 14 of a possible 19 titles, helping to establish the club's most successful era.